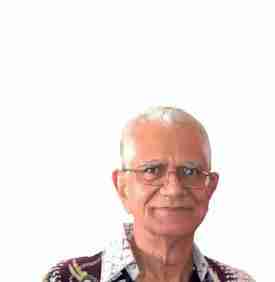 This amendment restores the voting rights of Floridians with felony convictions after they complete all terms of their sentence including parole or probation. The amendment would not apply to those convicted of murder or sexual offenses, who would continue to be permanently barred from voting unless the Governor and Cabinet vote to restore their voting rights on a case by case basis.

Constitutional Amendment 4, endorsed by more than 60 percent of Floridians during the November 2018 election, is straightforward and, as some call it, “self-executing”: Voting rights must be restored to ex-felons, numbering 1.5 million, including 400,000 African Americans, ending a policy dating back 150 years and practiced only by four states.

Following its passage, some 2,000 ex-felons registered to vote in January 2019, including Desmond Meade, president of the Florida Rights Restoration Coalition behind Amendment 4. Then the Legislature and Gov. Ron DeSantis put the brakes on. Over the next 18 months, in one of the most disgusting abuse of power, Republicans devised a means to frustrate the intent of the amendment.

They decided in March 2019 to pass a law imposing conditions, not stated in the amendment, to require the exfelons to pay fines and fees and restitution before they could be eligible to register to vote. Amendment 4 supporters were not amused. “What this does is it creates an additional sentence, which I don’t think the voters intended to do,” criminal defense attorney and Sarasota commissioner Shelli Freeland Eddie said during a Senate public hearing on March 25, 2019.

Still, Republicans rammed the measure through the House on 67-42 vote on May 3, 2019. State Rep. Wengay Newton, an African American Democrat from St. Petersburg, estimated that this would halve the number of eligible ex-felons. The motive was purely partisan in the swing state with the fourth largest voting population. The Washington Post noted that President Donald Trump defeated Democrat Hillary Clinton in 2016 by 113,000 votes from among 9.4 million cast. In 2018, DeSantis squeaked past Democrat Andrew Gillum by 32,000 votes. Th outgoing governor Rick Scott – who had denounced Amendment 4 – barely edged out incumbent Democratic Senator Bill Nelson by 10,000 votes.

Republican lawmakers were unapologetic. “Some have taken the position that this amendment will have some massive political impact one way or the other. The outcomes will be what they may,” said Rep. James W. Grant, a Tampa Republican who sponsored the House legislation. The Senate added the provision to an unrelated election bill, which was approved. DeSantis signed it into law on June 28.

Several organizations immediately sued. “It is not constitutional, it is not legal and it is not right to deny people the right to vote because you can’t pay. What this bill does is re-establish a poll tax,” said Micah Kubic, executive director of the American Civil Liberties Union of Florida.

A federal judge temporarily blocked the law but the state Supreme Court, acting on DeSantis’ request for an advisory opinion, backed the Legislature. Then, this February, a three-judge U.S. Court of Appeals panel upheld the payment of fines and fees – but not for those who cannot afford to pay.

“The continued disenfranchisement of felons who are genuinely unable to pay [court costs] and who have made a good-faith effort to do so does not further any legitimate state interest that we can discern,” the court ruled in a case brought by 17 ex-felons. “The felon with money in the bank will be re-enfranchised,” the court said, “but the felon who can’t will continue to be barred.”

In an editorial comment, The New York Times warned: “Some day, and possibly sooner than they think, Republican lawmakers will be forced to confront the reality that they cannot sustain a major American political party in the 21st century on a strict diet of voter suppression, discouragement and disenfranchisement.”

As of Monday, there was no indication whether the state will appeal Hinkle’s ruling but, in any case, it is a century and a half late in rectifying this wrong. Republicans are notorious for voter suppression. In Florida, during Scott’s tenure as governor between 2010 and 2016, the number of disenfranchised voters rose from 150,000 to 1.6 million, the Brennan Center for Justice reported.

The pre-Amendment 4 policy allowed for appeals for restoration of voting rights but, The Times noted, there was a backlog of about 10,000 and some petitioners had to wait up to 20 years for a hearing, before the governor and cabinet with no right of appeal. With Scott as governor, chances for approval were grim, with him intoning, ‘I deny restoration of civil rights,” and no rules or guidelines on how decisions were made.

If the state does appeal Hinkle’s ruling, it will only compound the shame — which, though, is in short supply in Republican circles these days. The newly re-enfranchised voters should make the Republicans’ fear self-fulling and vote the bums out of office.