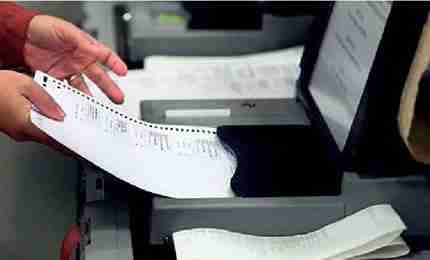 Why is it that when Democrats lose an election, they usually want a recount? And why is it that the recount always favors Democrats? Tucker Carlson reported that “an analysis on the 538-site showed that every single statewide recount that changed an election result between 2000 to 2015, changed it in the Democrat’s favor – every single one.” Why is that?

In South Florida, specifically Broward and Palm Beach Counties, two races are still up in the air because of recounts – the senate race that Bill Nelson is in jeopardy of losing for the first time in decades and the governor’s race where Democrat Andrew Gillum already conceded and then changed his mind. In both races, the Republican candidates – Rick Scott and Ron DeSantis won by considerable margins on election night.

But the Democrats are trying to change that in order to win, by hook or crook, again.

Rewind back to the 2000 presidential election in Florida. Republican Jeb Bush was Florida’s governor and his brother, Texas Governor George W. Bush was running – and winning – against Democrat Al Gore. But the Democrats didn’t want to concede – just as they are doing now in this election.

I remember talking to two black women from the Elections Department in Miami Dade, both Democrats, who were very angry at the Civil Rights Commission because “they weren’t interested in the truth, they had made up their minds that George W. Bush stole the election and we helped him.” Their words, not mine. There was even talk of a box of missing ballots mysteriously showing up after the election was over.

Black Republican John James from Michigan lost. What if he wanted thousands of lost ballots counted when nobody knew how they were lost or who lost them? If they were evidence in a trial, they would not be considered because the “chain of evidence” had been broken. Why is that not a concern to Democrats?

Because Democrats control the Broward County Elections Department – as does the Palm Beach Elections Department. In fact, the majority of the 67 counties in Florida are controlled by Democrats. That’s why they want to count every ballot, whether it’s legal or illegal. Any concern expressed by Republicans is deemed “voter suppression.”

Republicans want only legal U.S. citizens to vote – as per the U.S. Constitution. Democrats call that “voter suppression.” They want illegal aliens to vote, so they can increase the number of Democratic votes.

Republicans want every voter to show proof of citizenship, including a U.S. birth certificate to register to vote and a valid photo ID to vote. Democrats call that “voter suppression,” claiming that it’s racist to require blacks and other minorities to have the same ID that whites have to produce. They ignore the fact that banks and other institutions, even nightclubs and stores selling cigarettes and liquor require photo IDs. Yet to ask for a photo ID to vote is racist and “voter suppression,” according to Democrats.

Funny, to get into a book signing by former President Barack Obama or former First Lady Michelle Obama, you must show a valid photo ID. Yet both of them rebuke Republicans for asking for valid photo IDs to vote as racist and “voter suppression.”

See the pattern? Democrats want to win elections, by hook or crook. And if they can’t win on Election Day, they will force a recount.

Meanwhile, since the Broward County Elections Supervisor is a black woman, Joy Reid on MSNBC has suggested that any and all criticism of Brenda Snipes is racist and the fact that so many irregularities exist under her watch is irrelevant. Only her skin color and sex are important, because as everyone knows – Republicans are racist and misogynists.

If you don’t believe it, ask any Democrat. They believe they have been called by God to erase the evil known as Republicans. So, they will recount the recount until they “discover” enough votes to win. And if the recounts don’t work, they will charge Republicans with theft of the election. Just ask former President George W.

And if they win in Congress, as they just did, they will try to impeach President Trump. By hook or crook.

Next post The revolution is being televised and tweeted