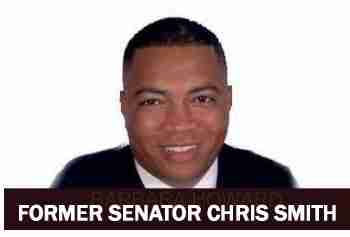 I spent a significant portion of my career in the Florida Senate fighting to correct our state’s “stand-your-ground” law.

SYG was meant to improve public safety, but it’s been over a decade and we haven’t seen any indication that it’s done that. Instead we’ve empowered Butch Cassidy and the Sundance kid to use our state for target practice.

In 2012, I assembled a task force where police chiefs, state attorneys, public defenders, judges, and law professors critically examined SYG. We found overwhelming evidence of abuse by criminals – SYG was not protecting law-abiding citizens, instead it was offering cover for those engaged in unlawful activity, those with extensive criminal records, and those who were quick to resort to violence.

We determined that SYG was too broad – a significant, unnecessary, and dangerous departure from the traditional law of self-defense. With bipartisan consensus, we introduced common sense reforms that would end the confusion among law enforcement, prosecuting offices and the courts.

Instead, Republicans rejected any meaningful change. This hard-headed opposition to reform was startling. Anyone who takes a serious look at all of the data and has reviewed the numerous incidents of misuse would agree that clarification of the law is desperately needed.

Let’s not parse words – SYG has allowed gangs to walk away from shootouts with total immunity; it has empowered neighbors to resolve escalating disputes with murder; and it has empowered ordinary folks to appoint themselves as the judge, jury and executioner.

We do not resolve neighborly disputes with bullets, we do not let criminals commit murder and walk away, and we do not allow gangs to wreak havoc on our streets without fear of repercussion. But that’s exactly what SYG has done.

And if you can believe it, last week, our Florida State Senate passed a bill to expand SYG. This new legislation would shift the bur- den of proof from defense attorneys to prosecutors in pre-trial immunity hearings.

Outside of the devastating impact and tragic consequences we have already seen as a result of this overly-broad and ambiguous law, our state prosecutors have cautioned that shifting the burden of proof from defense attorneys to prosecutors could impair our legal system in a significant way.

This legislation has the very real potential to upend our legal system with a drastic increase in SYG claims. If prosecutors now have the burden of proof, we can expect nearly every defense attorney to claim SYG as the first step in their defense strategy. Defendants will no longer have the pressure to explain themselves before trial; instead, they can sit back and wait for the prosecution to prove that they aren’t entitled to immunity from SYG.

My former colleagues are afraid to discuss this issue. The NRA is threatening to target opponents of this bill as anti-self-defense. And I get it, the NRA is a pervasive and looming presence in Tallahassee. The NRA is powerful and will stop at nothing to push its agenda – they might even fight your reelection in an attempt to replace you with someone who will rubberstamp their bills, no questions asked.

But Floridians cannot keep bearing the brunt of this law, and – quite literally – our judicial system can’t afford this law. I would remind our state lawmakers that we write laws for our constituents – not the NRA.

This law is reckless and unnecessary. All of the facts, evidence, and key stakeholders argue that we should not pass this law.

So I urge my former colleagues in the House Judiciary Committee – as the last line of defense – before you consider your reelection or your cash commitments from the NRA, consider the lives at stake – consider the objections of our state attorneys. Do the right thing and kill this needless legislation in committee.

Weigh the facts and evidence, and weigh your contributions from the NRA. Decide what your priorities are as a lawmaker, and don’t let us down.