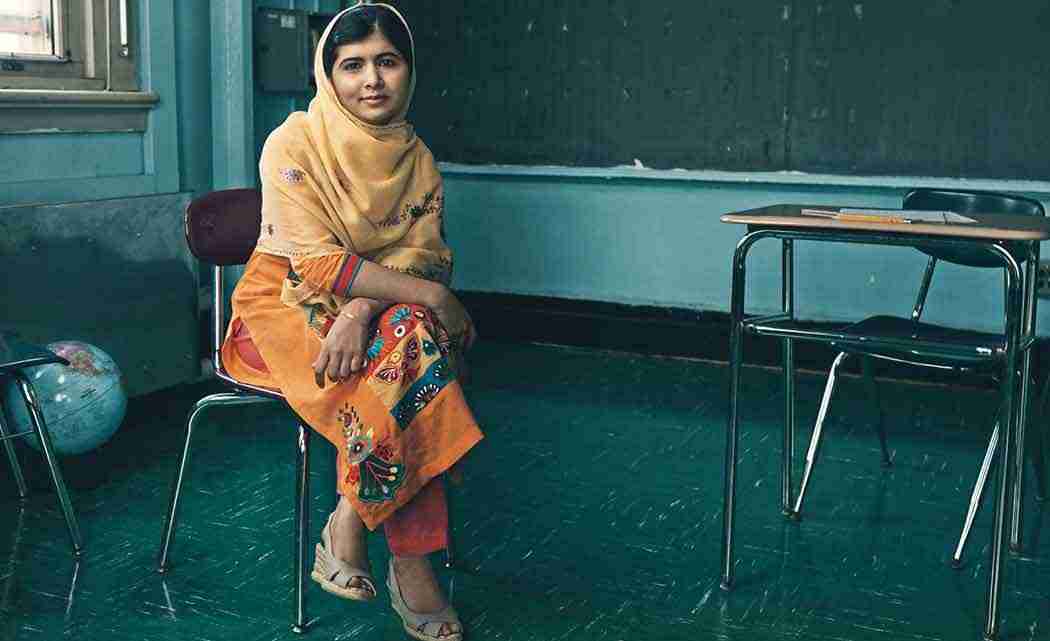 By STEPHEN FARBER
The Hollywood Reporter

LOS ANGELES — Many people know the basic elements of the story of Malala Yousafzai, the Pakistani teenager who was the youngest person ever to be awarded the Nobel Peace Prize. But He Named Me Malala retells that story in a deft and affecting way. Director Davis Guggenheim, who made the Oscar-winning An Inconvenient Truth and the controversial Waiting for Superman, does some of his most heartfelt work in this tribute to Malala and her entire family.

The film opens unexpectedly, with a beautiful animated sequence recounting the legend of the young woman for whom Malala was named, a 19th century freedom fighter against the British in Afghanistan. Elegant pastel drawings are incorporated throughout the film, and although some may feel that the animation is overused, Guggenheim clearly wanted to find ways of filling in some of Yousafzai’s story without relying on talking-head interviews. He certainly benefited from the collaboration of Jason Carpenter, a talented young animator.

A more troubling choice that Guggenheim made is to tell the story in a non-linear manner. This kind of storytelling has become too faddish in all kinds of movies, and it leads to some unnecessary confusion here. The basic story is compelling: When the Taliban took over Malala’s village in the Swat Valley of Pakistan, books and videos were burned, and girls were forbidden any education except religious education.

Malala spoke out against this policy, first on a BBC blog and later more publicly, and she was shot in the head by the Taliban at the age of 15. Miraculously, she survived and was transported to England for surgery. She spent months in the hospital recuperating. Although the left side of her face is partially paralyzed, Malala has become an eloquent spokeswoman for female education, and with her father, Ziauddin Yousafzai, she has traveled all over the world as an advocate, in addition to co-authoring the best-selling book, I Am Malala.

All of this information is in the film, but not in chronological order, and this leads to disjointed moments. We see Malala in Kenya and Nigeria before we have a full understanding of her educational mission. Despite these few glitches in storytelling, Guggenheim scored marvelous interviews with Malala and her entire family, including a younger brother who is an uninhibited and engaging imp. The fact that he earned their trust is a tribute to his empathy as a filmmaker. One of the most affecting moments comes when Malala’s mother admits that she misses her home in Pakistan. The Yousafzais now live in Birmingham, England. This uprooting of a loving family is one of the prices Malala and her father paid for their outspokenness.

Beyond its protest of the subjugation of women in many parts of the Muslim world, the film contemplates the influence of parents on children. At the end of the movie, Malala ponders the question of whether her father chose her life by naming her after a rebel and by prodding her to speak out on issues of female education. But Malala answers calmly and decisively, “I chose this life,” although she acknowledges the influence of her family. These final scenes, which also incorporate Malala’s memorable address to the United Nations, are heartrending, though Thomas Newman’s score is a bit over-emphatic. The story itself is so powerful that it really doesn’t need any underlining.