Mirror, Mirror: The costume designer behind Cookie and the rest 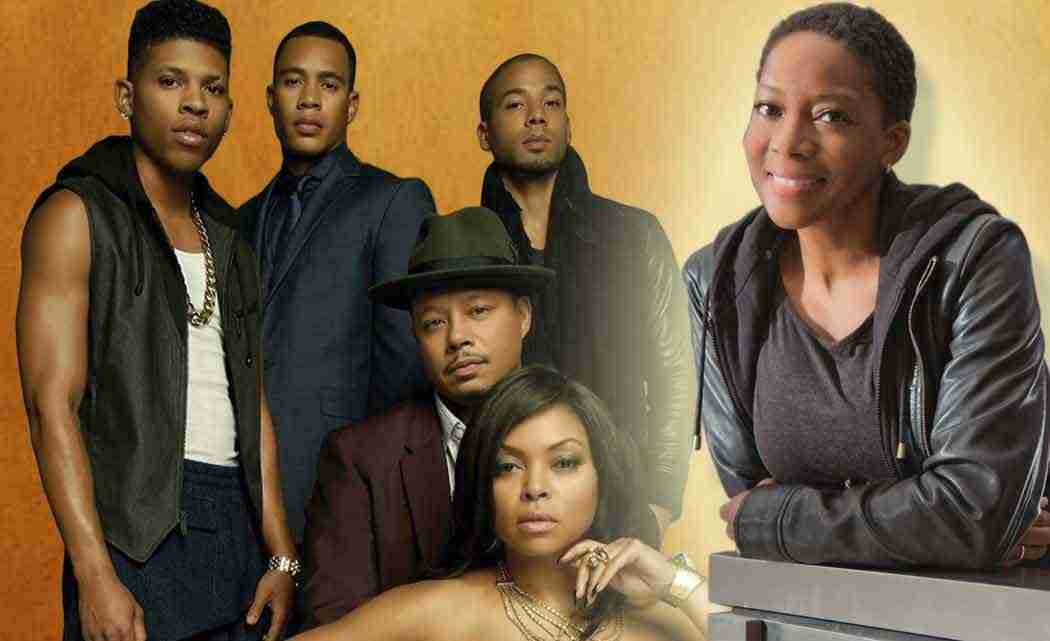 Cookie is a Philly-bred, around-the-way girl who drinks hard-core rappers under the table, and unapologetically tosses the belongings of her ex-husband’s fiancee from the top floor of a suburban mansion. And, whoa, the Cookie Monster fiercely loves her children.

But we wouldn’t connect to Cookie so completely if her sense of style — or, sometimes, lack thereof — wasn’t so very on point with her character: Cookie dresses like a woman who doesn’t play.

McGhee also has to work the then-and-now: À la 2015, she drapes Cookie in slinky ensembles with deep décolletage and high slits embodying a turnt up New York lifestyle. For the throwback ‘90s look, McGhee coolly clads Cookie and then-husband Lucious (Terrence Howard of Lafayette Hill) in Coogi sweaters, Girbaud jeans, and Timberlands — when the couple were West Philadelphia drug dealers.

“The Lyons were, and are, influenced by the music,” McGhee said during a telephone interview from Chicago, where Empire is filmed. “Cookie is always confident in what she wears.”

McGhee, 50, started working as a costume designer more than 20 years ago under Ruth E. Carter, twice an Academy Award nominee for best costume design (Malcolm X and Amistad). McGhee’s TV credits include the Jamie Foxx Show and In Living Color, and the first movie she worked on was Spike Lee’s Jungle Fever. (No wonder McGhee knows those `90s so well.)

But Empire is McGhee’s biggest hit to date. McGhee is joining the growing ranks of costume designers who can carry as much cachet as the stars they dress.

“They are experts, voices of authority, trendsetters. They are creating the persona of these strong, empowered women who are stylish and feminine, and viewers are connecting to them.”

Written by Danny Strong and Philadelphian Lee Daniels, Empire, which airs 9 p.m. Wednesdays, revolves around a clan of fictitious music moguls. When we meet the Lyons, Lucious is grooming his three sons to take over the family biz. It’s all very King Lear.

Cookie has just been released from prison, wearing the same leopard print mini and white fur she wore at the start of her incarceration 17 years ago. Lucious used $400,000 of the couple’s drug money to start the company. The fight for the empire begins.

McGhee, who was brought in as Empire’s main costume designer after the pilot, researched the style of 1920s gangsters and 1950s mobsters when creating Lucious’ signature look — tailored Prada suits accessorized with ascots and scarves. Lucious, McGhee said, gravitates toward blues and purples (the stuff of emperors), although for the white-party episode, McGhee has him wear a long white suit jacket with fancy golden embroidery that she found at a Chicago thrift store.

Jamal, the middle son, gay, and the most sure of himself, is all about comfortable T-shirts and Lenny Kravitz-style infinity scarves. The eldest, Andre, a Wharton School graduate, fancies slate gray, snug-fit Prada suits. (He is, after all, a millennial.)

Yet it’s the flashy women’s attire that deserves the most attention. Patti LaBelle, singing at a funeral in West Philly, is church-lady suave in an all-black ensemble McGhee purchased from Neiman Marcus.

Lucious’ fiancee, Anika Calhoun — called Boo Boo Kitty by Cookie — is in a lot of Gucci in navy, gray, black.

Yet as with everything with Empire, Cookie steals the fashion spotlight. Cookie’s wardrobe is inspired by mobster wives as well as Diana Ross’ character in the 1970s movie Mahogany. She’s a very-bad-meets-vulnerable girl, yet still a grown woman. Sometimes she’s right on trend; sometimes she’s so 17 years ago.

Those furs Cookie dons? They belong to McGhee’s mother-in-law, Janet Bailey — first wife of Philip Bailey, Earth, Wind & Fire’s lead singer. (How is that for authentic 1970s, trending hot on the runway right now?) Other notable pieces — namely, the Christian Louboutin shoes and black-and-silver Balmain evening dress — are from the personal collection of Monique Mosley, the wife of the show’s executive music producer, Timbaland.

McGhee mixes in high-fashion labels, including a Diane von Fürstenberg cheetah print jumpsuit Cookie wears during a music studio recording session and a Gucci one-shoulder green gown at a family dinner. (At this rate, the Lyons may single-handedly bring back formal dressing for everyday dinner. If Lady Mary of Downton Abbey were around today, she’d be wearing that green number.)

“Cookie doesn’t wear anything that takes away from what she has to do,” said McGhee. “She comes out of prison. And she takes over. That’s who she is.”

And thanks to McGhee’s deft costuming skills, we believe it.

Next post In cacophony of childhood at forefront in ‘Inside Out’