RYAN COOGLER APPEARING AT THE ABFF 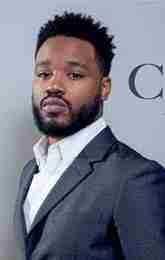 DIRECTOR EXTRAORDINAIRE: Ryan Coogler, the director of Black Panther, takes the stage at the American Black Film Festival on June 15.

With the success of “Black Panther,” Ryan Coogler cemented his status as one of the most successful directors in the world. The movie was a highly anticipated ode to blackness that audiences supported to the tune of over a billion dollars. Also a producer and screenwriter, the Oakland, California native is a graduate of the USC film school.

Coogler is making an appearance at the American Black Film Festival (ABFF) on Saturday, June 16 at 4:30 p.m. at the New World Center Performance Hall; fitting, since he won the HBO Short Film Award for his film “Fig,” at the ABFF in 2011. Nischelle Turner, from “Entertainment Tonight,” will moderate the discussion with Coogler that will be a part of the annual film festival that began on June 13 and ends on June 17.

After winning the short film award, Coogler went on to direct his debut feature film, “Fruitvale Station,” which won the top audience and grand jury awards at the 2013 Sundance Film Festival. That film, based on the true story of Oscar Grant, put him on the map as a bona fide director. He then co-wrote and directed the seventh film in the Rocky series “Creed.”

His next movie endeared an already celebrated Coogler to not only the filmmaking community but the black community as well. Marvel’s “Black Panther,” a cinematic blockbuster, smashed multiple records at the box office and established itself as the third-highest grossing Marvel movie of all time. Coogler’s work has triumphantly received both critical acclaim and commercial success.

In 2013, he was included in Time magazine’s list of 30 people under 30 who are changing the world and in 2016 he received the Rising Star Award at the ABFF Honors, broadcast on BET.