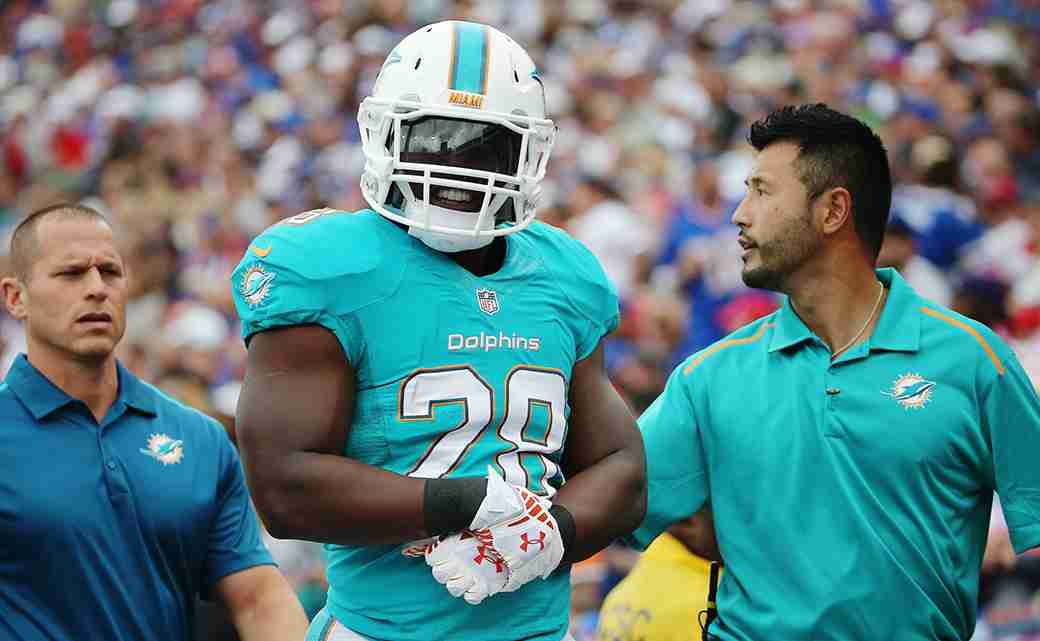 DAVIE, Fla. (AP) – Miami Dolphins running back Knowshon Moreno has been placed on injured reserve with a season-ending knee injury.

The move came Tuesday, two days after Moreno hurt his anterior cruciate ligament in the Dolphins’ loss to Green Bay.

Moreno had missed the two previous games with an elbow injury. He led the NFL with 134 yards rushing in Week 1.

Moreno signed a $3.275 million, one-year contract in March after five seasons with the Denver Broncos. His injury likely means a heavier load for Lamar Miller, who is averaging 5.2 yards per carry this season.

The Dolphins also reinstated reserve defensive lineman Derrick Shelby from his suspension, which came after he was arrested on misdemeanor charges of resisting arrest and trespassing at a nightclub.

Previous post OBAMA TO MEET WITH ALLIES ON MILITANT FIGHT