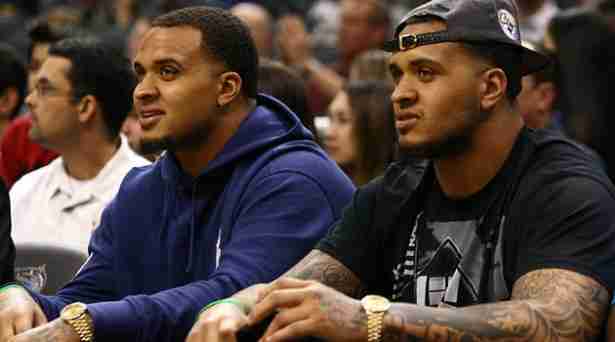 MIAMI – NFL offensive linemen Mike and Maurkice Pouncey have been sued by three people who say the twin brothers attacked them at a Miami Beach nightclub.

The lawsuit was filed Friday in Miami-Dade Circuit Court on behalf of Ricquan James, Niya Pickett and Brentley Williams. They are seeking more than $15,000 in damages.

According to the lawsuit, the Pounceys harassed James with homophobic remarks and physically attacked him July 12. The lawsuit says Pickett was beaten when she tried to intervene and Williams was injured when the Pounceys threw James and Pickett out of the club.

The Pounceys’ attorney has said the brothers were not involved in any altercation.

No charges have been filed. Maurkice Pouncey plays center for the Pittsburgh Steelers, and Mike Pouncey is a center for the Miami Dolphins. Both played college ball at Florida.

Next post GOP-LED HOUSE READY TO OK LAWSUIT AGAINST OBAMA