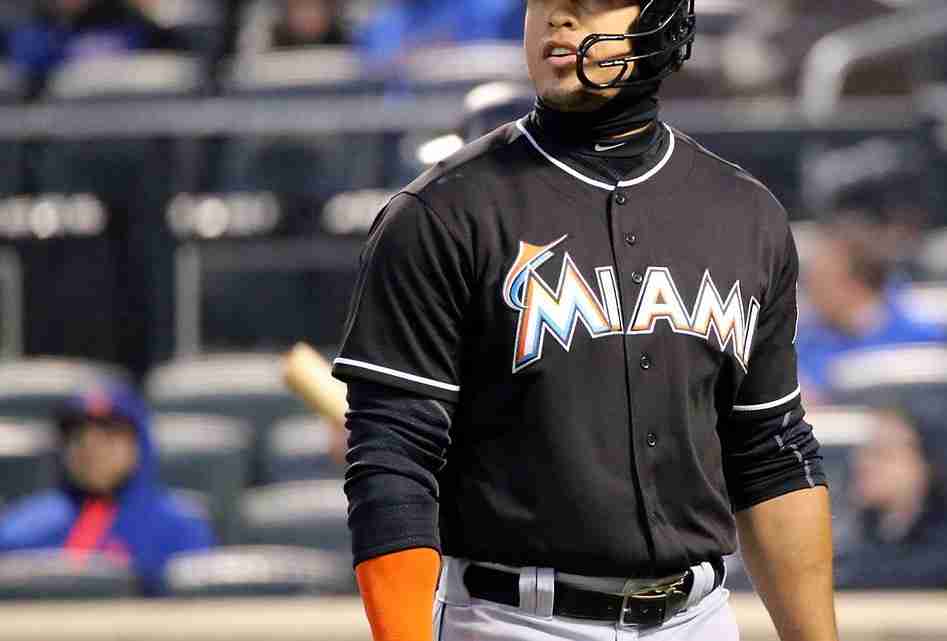 And for Stanton, this actually is home. The star outfielder, who went to high school at Notre Dame in nearby Sherman Oaks, hit three doubles in a game for the first time in his career and Dan Straily didn’t allow a hit until the fifth inning as the Marlins snapped a five-game skid with a 10-6 victory over the Dodgers on Saturday night.

J.T. Riddle had three hits, including a home run, and four RBIs for the Marlins, who had lost 10 of their previous 11 games.

“I was really happy with the first five (innings) and very frustrated with myself in the sixth inning,” Straily said. “Gave them back some momentum there, but overall felt pretty good about it.”

“For me, I put it in the back of my mind because I know the game is really hard,” Bellinger said. “For me, it is coming in every day and trying to stay consistent.”

It was a rough outing for 20-year-old Dodgers left-hander Julio Urias (0-2), who struggled to get outs. He allowed a career-high seven runs – six earned – in just 2 1/3 innings, making the Dodgers go deep in their bullpen. He walked three. It was Urias’ second consecutive poor outing. He allowed six earned runs in four innings in a loss to Colorado earlier in the week.

He walked three, had one balk and one wild pitch, and was done after 71 pitches.

Asked why he has had control problems, Urias said through an interpreter: “Maybe confidence. I don’t know.”

On Friday night, both teams emptied their benches in the top of the ninth after Bellinger homered and Brett Eibner was hit by A.J. Ramos. Ross Stripling then threw behind Stanton, who started walking to the mound. Stripling and bench coach Bob Geren, along with Marlins manager Don Mattingly were all ejected.

Asked if that was motivation for Saturday’s big win, Stanton said: “Motivation, whatever. Wake up. Have some drive. Have some fight … toward the field in the right way. It was good. A little wakeup.”

The Marlins still have the worst record in baseball, but a 10-run outburst and win against the Dodgers could do wonders going forward.

“We needed it,” Straily said. “Hopefully we can start a streak and that kind of thing, come in every day with the same attitude, same effort level and preparation. To get a `W’ at the end of the day, it’s just one, but it’s a step in the right direction. Get to mark one off.”

“Obviously we’re not going to score 10 runs (every game), but it was a well-played game,” Mattingly said. “We had good pitching to keep us in the game early, gave our offense a chance to take off and it took off right away.”

MEOW IN THE PARK?

Saturday was the annual Bark in the Park night where Dodgers fans could bring their dogs. Mattingly was told of the night’s theme and he joked: “Is there a cat night?” Mattingly and his wife, Lori, have three cats.

TRAIN TO THE MINORS

Urias could be headed back to the minors. The Dodgers have the luxury of plenty of solid starting pitchers and not enough spots in the rotation.

“Everything should be on the table,” Dodgers manager Dave Roberts said. “Right now we are going to go back to him and re-evaluate his last starts and figure out what is best for him.”

Dodgers: Puig (side) was held out of Saturday’s lineup as a precautionary measure as he tweaked his side during an at-bat Friday. He was available to pinch hit and play in the outfield Saturday. … INF Logan Forsythe (toe, hamstring) is expected to return on Tuesday and play third base.

Marlins: RHP Vance Worley (0-0, 0.00 ERA) will make his Marlins debut after being recalled from Triple-A New Orleans to make the start. He has a 5.63 career ERA against the Dodgers. Worley has 33 major league wins in combined stints with Philadelphia, Pittsburgh, Baltimore and Minnesota.

Dodgers: RHP Brandon McCarthy (3-1, 4.15 ERA) allowed six runs in 5 2/3 innings in San Francisco in his return from the disabled list with a shoulder injury. He was on a hot streak before that, winning four of his previous five starts.

Next post Graduates walk out on Pence at Notre Dame commencement