Winslow asked to do a little of everything for Heat 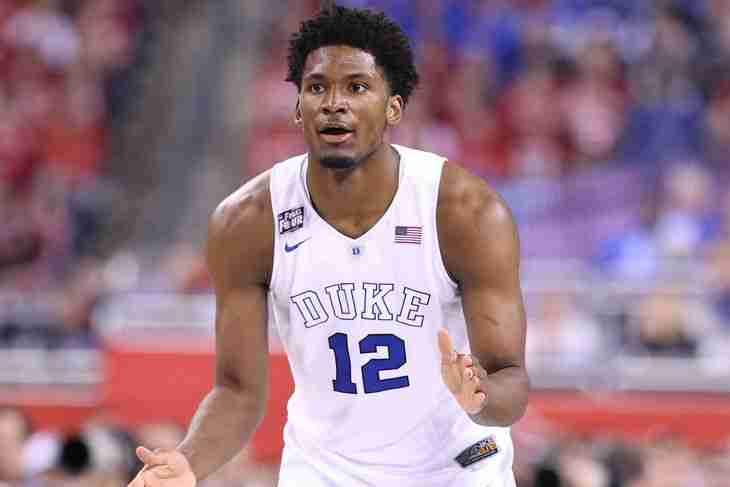 Before ever seeing him in a Miami uniform, Heat coach Erik Spoelstra was already putting a fairly high expectation on the shoulders of rookie forward Justise Winslow.

“A Swiss Army knife,” is how Spoelstra described him.

The Heat believe Winslow can fill plenty of roles on the court, and the rookie’s summer league debut at Orlando, Florida, this weekend didn’t do anything to suggest that Miami’s thinking is off-base. He handled the ball like a point guard, defended bigs like a power forward and shot the ball from the wings like a shooting guard or small forward.

In other words, the 19-year-old did exactly what Miami envisioned.

“I just try to do everything,” Winslow said. “I try to distribute, make plays for teammates and myself. And so however that comes, whatever position I’m doing it at, it doesn’t matter to me. Kind of play position-less basketball, like Coach Spo says, and make it work.”

It’s been a fast-moving couple of weeks for the Heat rookie: He got drafted No. 10 overall, was then flown to South Florida for his first visit there, met new teammates and coaches who couldn’t believe he fell into Miami’s lap, chose a new jersey number (12 belongs to Heat guard Zoran Dragic, so Winslow wears 20 now), signed a contract that guarantees him more than $5 million over the next two years and made his pro debut at the Orlando summer league.

For some, that would probably be overwhelming.

For Winslow, who helped Duke win the NCAA title last April to cap his lone college season, it truly seems like no big deal.

“I almost forget sometimes that he’s only 19,” Heat guard Tyler Johnson said. “Some of the things that he’s shown, he seems very mature. He doesn’t seem like somebody coming in wide-eyed.

“He seems like somebody who can step in and be ready to play. Obviously there’s a lot of development and it’s going to take a while to get acclimated coming from college to the NBA.

“Every rookie goes through that transition, but he’s good. He’s really good.”

The Heat clearly agree. They think he’s so good, in fact, that they didn’t even bother going through the process of trying to get to know Winslow before the draft.

Winslow was ranked so highly on the Heat draft board that they never asked for a workout or an interview, since they figured there was no chance he would be available when Miami got around to picking at No. 10.

Trade offers came from teams looking to get him, and the Heat didn’t have to think long before passing in every case. They think Winslow can be an immediate contributor. Heat star Dwyane Wade was ecstatic on draft night when the pick was made, and on Saturday in his summer-league debut Winslow just seemed to fit in any situation.

“We didn’t go into the game saying we’re going to put him in all these different situations, but that’s who he is,” said Heat assistant coach Dan Craig, who’s leading Miami’s summer-league entries in Orlando and Las Vegas.

“He’s a guy who can bring you all of those things. Throughout the course of the game we were able to see that. Some of it was scripted, some of it wasn’t. It’s just what he’s able to bring and we’ll see more of that as summer league continues.”

Winslow is expected to play through the Vegas league, which means he’ll get a ton of work completed in a relatively short time. He’s looking forward to continuing what largely amounts as a summertime crash-course into the ways of the Heat and the NBA.

“We’ve got a lot of young talent,” Winslow said. “For us to kind of jell before we head back and play with all the older guys, all the vets, it’s great.”