The power of MBE Social Entrepreneurs in the black community 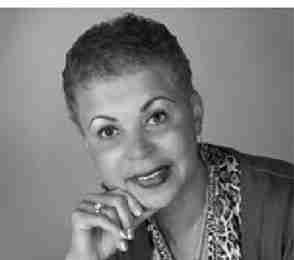 The United States is a melting pot of cultures, ethnicities, religions, and races. Over the last century, the blending of socio-economic groups has altered the norms and customs in our nation, thus infusing diversity in essentially all facets of life. A minority now means anyone of an ethnicity that is not Caucasian.

According to U.S. Legal.com, a minority business enterprise (MBE) is a business organization that meets guidelines established under federal and state laws, (which vary by state), in order to participate in various public programs or contracts, providing previously inaccessible opportunities in business or government. For instance, Indiana legislators define a minority business enterprise as,”an individual who is a United States citizen and owns and controls a business, or a partnership, corporation, or joint venture of any kind that is owned and controlled by United States citizens, which citizen or citizens are residents of this state and are members of one of the following economically disadvantaged groups: African American, Native Americans, Hispanic American, and Oriental/Asian American.”

The term “economically disadvantaged” speaks to the conditions that undermine the probability of success in business, education, employment, healthcare, and government.

These conditions, often rooted in senseless racism, create an unfair and unequal platform to pursue various aspects of the American dream. Note there is no mention of women, the differently abled, or other subsets of the U.S. population. However, the defining characteristic for an MBE vs. other designations is “economically disadvantaged.”

Those MBEs that penetrate the barriers in the business arena and reach a level of economic security must not forget to reflect on the conditions they conquered to succeed.

Social entrepreneurs believe in pursuing the triple bottom line: people, planet, and profits. Stakeholders in and around the business enterprise must remain strong to support business growth and sustainability. If MBE’s do not support and advocate for the people and planet (community), including affordable housing, healthcare, employment, or policies, the probability of demise will undoubtedly creep into the future.

Social entrepreneurs, or firms that support a mission or cause, align their business mission with a noble communal cause. For example, adopting a school can provide mentors for children needing encouragement in school and in life. Non-profits would appreciate free space in an office building to conserve operating capital. Repairing a playground or park near the business location will enhance the physical attributes of the neighborhood and endear the residents to the business. Glory Foods, Inc. supported African American farmers by buying their produce and contributing to scholarships for minority agri-business students. Social entrepreneurs like Glory, must accept a longer timeframe of commitment; the path to success in business or in life is not completed overnight. These examples of community engagement will lead to a restored sense of community pride and a closer relationship to business stakeholders. Volunteerism and civic contribution must become a regular component of the business model, and not only at the end of the year for a tax deduction.

The gap between social responsibility and irresponsibility is dangerously wide and deep; if Black entrepreneurs do not fill the gaps in our communities with our talents, skills, and assets, then who will? MBE’s must also become engaged in the political process; those volunteers that advocate for social justice, safety, healthcare, and economic parity gain respect from customers, suppliers, and employees. In these perilous political times, unity is more important now than ever as we stand to lose immeasurably to the will of the selfish, rich, and racist. Let us collaborate with our community partners in 2017 to maximize our assets and skills, and strengthen our commitment to our people, planet, and profits.