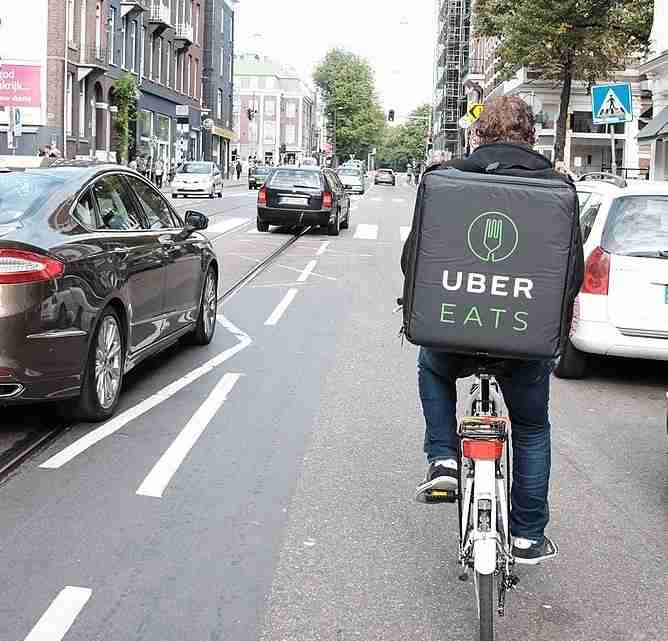 DETROIT (AP) – Japanese technology conglomerate SoftBank has reached a deal with Uber to invest billions in the ride-hailing giant.

Uber Technologies Inc. confirmed the investment in a statement Sunday without giving details.

But a person briefed on the deal told The Associated Press that SoftBank Group will buy about $1 billion worth of new Uber stock, then will offer to purchase shares from investors and Uber employees with the goal of reaching a 14 percent stake in the company. Uber currently is valued at $68.5 billion, but stock offers will be based on a lower valuation, so it’s unknown just how much the total deal multibillion-dollar deal will be worth, said the person, who spoke on condition of anonymity because details were not released.

Uber’s statement said it reached an agreement with a consortium led by SoftBank and Dragoneer Investment Group. The deal is a vote of confidence in the company’s potential and “will help fuel our investments in technology and our continued expansion at home and abroad, while strengthening our corporate governance,” the statement said.

The move also clears the way for Uber, among the most valuable tech firms in the world, to sell stock to the public. Under the deal, the initial public offering will take place before the end of 2019.

Such IPO deals generally take some time to be finalized, as they involve many people.

The long-awaited deal was made public in October but was delayed by a corporate governance and legal dispute between investor Benchmark Capital and ousted CEO Travis Kalanick. Both sides ended their feud on Sunday, clearing the way for the SoftBank investment, the person said.

Kalanick, who controls three of 11 seats on the Uber board, agreed to allow a majority of board members to vote on any future appointments he makes, according to the person. Benchmark agreed to suspend a lawsuit against Kalanick and drop it once Softbank gets through a one-month tender offer period that will start in about two weeks. Benchmark, a major Silicon Valley venture capital firm that was among Uber’s early backers, alleged in the lawsuit that Kalanick covered up turmoil and legal threats at Uber.

The deal allows early investors such as Benchmark to sell at least some of their shares at a handsome profit. But there will likely be some wrangling over how much shares are worth in the coming weeks.

Next post X Days With iPhone X: Changing habits to embrace the future