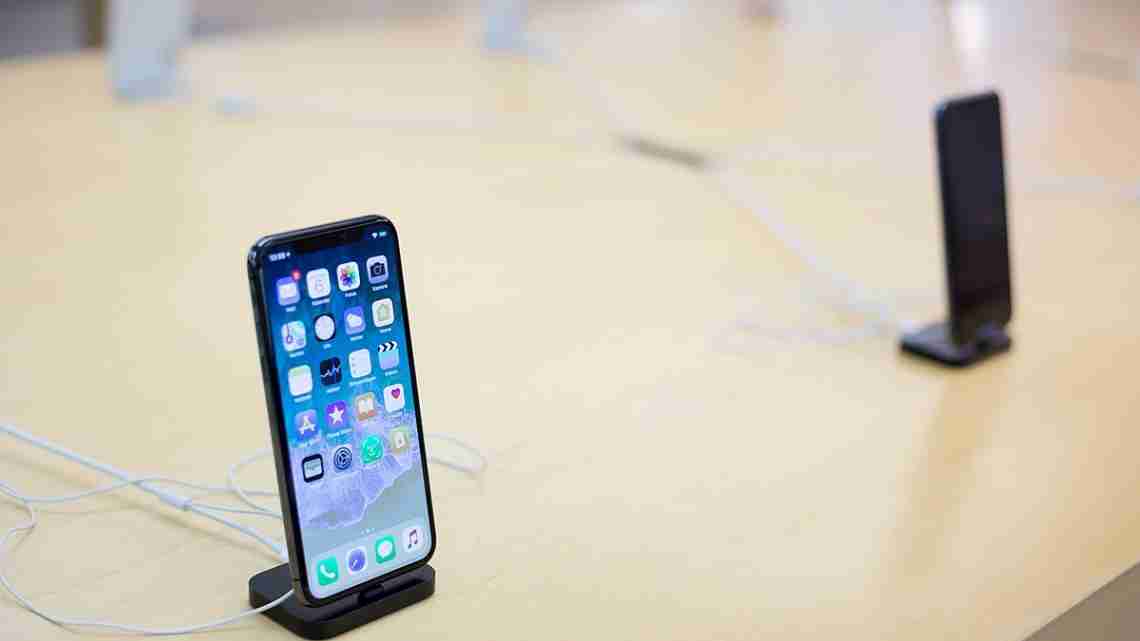 The iPhone X in store.

With no more home button, this mostly means replacing presses with swipes and the fingerprint ID sensor with facial recognition.

In my 10 days with the iPhone X, I tried to fool its Face ID feature . I bought three sandwiches, popcorn and a ruler with Apple Pay. I read an e-book and listened to podcasts. I ran a marathon. I followed that with a Netflix marathon on the couch.

I’m still adjusting. Most of the changes aren’t necessarily better – just different, forced upon me to accommodate a larger display and other forward-looking gizmos.

Fortunately, the new gestures are mostly simple. Instead of pressing the home button to return to the home screen, you swipe up from the bottom. Swiping up used to get you settings in the Control Center; now you swipe down from the top right instead.

I knew I’d mastered it when I thought an old iPhone was defective because I couldn’t swipe. Use the home button – duh!

It can still be confusing while watching video horizontally, as the swiping edge moves to the new bottom. I’m used to the home button on the right – and tried to swipe there. It’s also more convoluted to close unresponsive apps with a combination of swipe, hold, press and tap; good thing I don’t need to do this often.

Facial recognition works fairly well for unlocking the phone, even if you’re sweating and shaking during a run. It also works in the dark – if you align your face just right. I’m nearsighted, so I hold my phone close when checking in bed without glasses. I have to remember to hold the phone several inches back for Face ID. And I have to avoid squinting; Apple says eyes need to be fully open.

By default, full notifications don’t appear on the lock screen. You might see that your cousin had sent a message, but Face ID needs to recognize you for the message to appear. That means lifting your phone from the desk or tilting your head (at least without changing settings).

But if you’re already looking at the phone, it’s much faster to log into apps that used to require a fingerprint. Face ID automatically kicks in; no need to move your thumb. And when buying things with Apple Pay, you verify a transaction before tapping the phone at a payment reader; there’s no waiting for your fingerprint.

The iPhone X screen has about the same surface area as the iPhone 8 Plus in a body that’s almost as narrow as the regular iPhone 8. But video isn’t as large as on the Plus. Video tends to be optimized for the dimensions of the iPhone 8 and 8 Plus (and older models), so there’s wasted black space on the X’s wider display.

Where the X screen improves most is in sporting OLED technology, which has no backlight – so black is truly black rather than simply dark. While Samsung made the iPhone X’s OLED display, DisplayMate, a tester of screens, credits Apple with additional calibration to edge out Samsung’s own Note 8 as the best smartphone display.

What still takes getting used to is a small, rectangular notch at the top edge for the camera and sensors. It’s like a sun visor that flips down, occasionally blocking your view. Fortunately, it’s been noticeable in only a handful of apps – and should get better once apps design for it.

The phone feels more comfortable than the 8 Plus, but also more delicate. I felt this even before SquareTrade, a seller of protection plans, declared it the most breakable iPhone yet . Part of that feeling comes from its $1,000 price tag, $300 more than the iPhone 8.

Apple says the glass on both the X and the 8 is stronger than before. But accidents happen. If you haven’t considered a service plan such as AppleCare before, now is the time. Otherwise, screen replacement will cost $279 , compared with $169 for the 8 Plus.

BEEN THERE, DONE THAT?

On Sunday, Samsung released a television ad poking fun at the iPhone and features that previously appeared on Samsung Galaxy phones. Samsung phones, for instance, have had OLED for years, though early versions weren’t that great.

From Apple’s standpoint, what makes the iPhone X its roadmap for the next decade isn’t any single feature or technology, but a combination of hardware and software. The front sensors, for instance, enable augmented-reality applications, including animated emojis that mirror your facial muscle movements. I sent friends and family a few creepy ones of me animated as poop.

Taken together, the additions point to where Apple is heading. I wouldn’t be surprised if Apple gets rid of the home button and the fingerprint sensor on all iPhone models one day, much the way it consigned floppy disk drives to history.

And that means accepting change, like it or not.

Next post Elegant ideas for a meal worth celebrating