How Clinton and Trump plan to tackle education as president 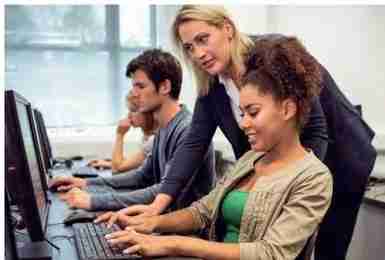 WASHINGTON – Hillary Clinton has spent decades talking about the needs of children and touting the benefits of early education. It’s a new subject for Donald Trump.

The Republican presidential nominee added plans for education to his still relatively thin roster of policy proposals this past week, unveiling an effort to spend $20 billion during his first year in office to help states expand school choice programs. Trump wasn’t shy about his intentions, debuting his ideas at an inner-city charter school in Cleveland as part of his new outreach to minority voters. “There’s no failed policy more in need of urgent change than our government-run education monopoly,” Trump said at the school, blaming the Democratic Party for having “trapped millions of African-American and Hispanic youth in failing government schools that deny them the opportunity to join the ladder of American success.” “It’s time to break up that monopoly,” he said.

Trump argued his approach would create “a massive education market,” one that produces better outcomes than the nation’s existing public education system. yond his $20 billion in federal money, he wants states to divert another $110 billion of their own education budgets to support school choice efforts, providing $12,000 to every elementary school student living in poverty to attend the school of their choice.

Clinton’s much more detailed education plans, meanwhile, are firmly rooted in improving the country’s public schools. The Democratic nominee has called for new spending to improve classrooms, improve teacher salaries and add computer science programs. “We’re going to invest in education and skills, from early childhood education to giving our teachers the tools and flexibility they need to succeed in the classroom, without a lot of top-down strings all over them from Washington,” she said on Monday. On education, the two candidates are as far apart as they are on any issue at stake in the 2016 election. A summary of their proposals:

SCHOOL CHOICE
TRUMP: The billionaire businessman has embraced the concept popular among conservatives, which calls for students and their parents to be able to select the school they wish to attend [public, private, charter or magnet. To support that effort, Trump proposed reallocating an unspecified $20 billion in his first budget as president into block grants to states, and directing them to use the money to help millions of elementary school students living in poverty attend the school of their choice. That money “should follow the students,” a concept known in education policy as portability. Critics of school choice argue that approach would deprive public schools of money, and Congress rejected the idea in the education law it passed last year to replace the No Child Left Behind Act.

CLINTON: Clinton has voiced support for charter schools, which operate with public money but are governed by an independent “charter” rather than a community’s established public education system. But Clinton does not back the broader concept of school choice. “I want parents to be able to exercise choice within the public school system – not outside of it – but within it, because I am still a firm believer that the public school system is one of the real pillars of our democracy and it is a path for opportunity,” she said in November 2015.

STUDENT LOANS AND DEBT
TRUMP: He has decried the impact of debt from loans on college students, but beyond his often-stated promise to create jobs as president, he has not offered a concrete proposal to address what he called “one of the biggest questions I get is from people in college.” Trump has criticized the federal government’s student loan program for making a profit, telling The Hill newspaper in July 2015 “that’s probably one of the only things the government shouldn’t make money off. I think it’s terrible that one of the only profit centers we have is student loans.”

CLINTON: She has proposed that students from families making less than $125,000 a year be able to attend a public college or university in their home state without having to pay tuition, and that all community colleges be tuition-free. Under her plan, students with existing student loan debt would be able to refinance, and Clinton promises a three-month moratorium on payments to allow those in debt to take steps to reduce their monthly payments. Those deemed “entrepreneurs” will get a three-year deferment on their loans “so that student debt and the lack of family wealth is not a barrier to innovation in our country.”

COMMON CORE
TRUMP: The academic standards adopted in more than 40 states are a frequent target of Trump’s ire. “We spend more by far, and we’re doing very poorly. So, obviously, Common Core does not work,” he said this past week. Trump has pledged to do away with the standards if elected, which could prove a challenge: they were created and adopted by states, not the federal government. Trump has also pledged that ripping up the state developed standards and bringing education “to the local level” would immediately boost student performance.

CLINTON: The standards are not mentioned in Clinton’s education plans, although her campaign does note that as the first lady of Arkansas, she chaired the state’s education standards commission. Speaking in Iowa during the primary season, Clinton lamented what she called the “really unfortunate argument” about the standards. “It wasn’t politicized,” she said. “It was to try to come up with a core of learning that we might expect students to achieve across our country, no matter what kind of school district they were in, no matter how poor their family was, that there wouldn’t be two tiers of education.”

CHILD CARE
TRUMP: Trump said in August he would “reduce the cost of child care by allowing parents to fully deduct the average cost of child care spending from their taxes.”He has not provided more details, which he said would come after he refined his plan with his daughter, Ivanka. As a tax deduction, rather than a tax credit, Trump’s plan would primarily help more affluent households. More than 40 percent of U.S. taxpayers don’t make enough money to owe taxes to the federal government, meaning they would not benefit from a deduction.

CLINTON: She proposes that no family should spend more than ten percent of its income on child care. To achieve this goal, Clinton would seek to boost federal spending on child care subsidies and provide “tax relief for the cost of child care to working families.” Those benefits would be offered on a “sliding scale” based on need. Since announcing the plan in May, Clinton has offered few details on the specifics, including how it would be funded beyond raising taxes on wealthy Americans.

CLINTON: She would seek to make pre- school universal for all four-year-old children within 10 years of her election by providing new federal dollars to states. Clinton also seeks to double the number of children enrolled in Early Head Start, a government program that provides early education services to low-income families. Clinton has not detailed in depth on how she would pay for these expanded efforts.