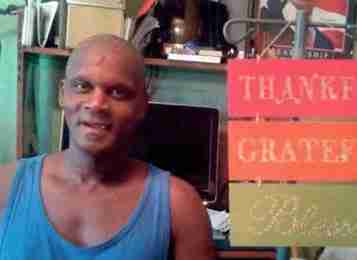 Deborah Frazier told WFOR-TV she dialed 911 late Friday after her daughter and 55-yearold brother got into an altercation.

She said Gregory Frazier had “a rusty pocketknife” when deputies confronted him in a Pompano Beach backyard. She said she thought the deputies could “constrain him.”

Keneisha Woodward told the Sun Sentinel (http://bit.ly/2cEAzzL) her uncle had been draining and flipping furniture, but he was sitting in the yard and eating when deputies arrived.

Woodward said her uncle told the deputes not to approach him, and both fired minutes later.

Sheriff’s office spokes woman Veda Coleman – Wright said in an email Sunday that one deputy is white and the other is black. Both were placed on administrative leave.