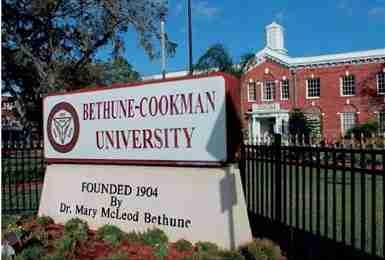 PHOTO COURTESY OF INSIDE HIGHER ED

About 30 faculty members at the university presented a letter Monday to the school’s interim president, Hubert Grimes.

The letter demanded answers to questions about the school’s finances, the recent probationary sanction by a regional accrediting body and new cuts to their salaries and benefits. The Daytona Beach News-Journal reports that Grimes says he plans to meet with the faculty members to address any questions.

School leaders have been criticized for a deal to build new dormitories that school officials have since said they can’t afford. The school has filed a lawsuit against former president Edison O. Jackson and others, alleging corruption and fraud.