Could treated sewage be a tool against sea-level rise? 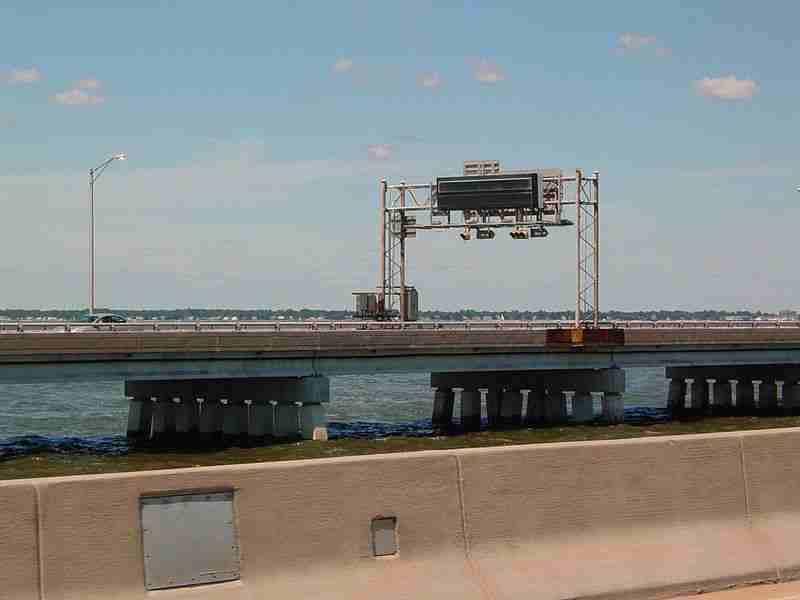 SUFFOLK, Va. (AP) – As a tool against sea-level rise, the idea seems a little counterintuitive: Add water to the ground.

But the laws of physics support it: Pump millions of gallons into a sandy aquifer deep below the Earth’s surface, and its porous layers will expand like a sponge. The ground above it will rise, fortifying at least some of the land against the ocean’s reach.

For decades, geologists have known that extracting large amounts of water can cause the ground to sink over time, sometimes by dozens of feet in places like California. Pumping it back in has slowed this subsidence and even slightly boosted ground levels in other places, experts say.

This approach could soon be tested in Virginia’s Hampton Roads region, which is more threatened than any other place on the Atlantic Coast by the combination of sinking land and rising seas. The area’s local sanitation department has proposed pumping millions of gallons of purified wastewater deep into the ground.

Combating sea-level rise is a shared threat along this stretch of the coast, but it’s not the primary driver of this project, said Ted Henifin, general manager of the Hampton Roads Sanitation District. The primary motivation is to more effectively respond to water quality requirements for the Chesapeake Bay.

The district currently sends treated sewage into rivers that feed the bay. But persistent pollution levels prompted the Environmental Protection Agency in 2010 to phase in new limits on the total load of nitrates and phosphorous found in the water.

The district can meet the standards of a different federal law – the Safe Drinking Water Act – by pumping wastewater, purified to the point of being drinkable, deep underground.

Putting treated sewage into the ground isn’t new. Orange County, California, has done it since the 1990s, mainly to keep salt water out of its aquifers.

And water injection has been discussed as a tool to boost land levels and fight against tidal flooding in cities such as Venice, Italy, according to Tom Burbey, director of the hydrologic sciences program at the National Science Foundation. (That plan was eventually abandoned in favor of floodgates).

Virginia’s coastal region needs to hold on to as much dry land as it can. The area along the bay and Atlantic Ocean is afflicted by what’s known as relative sea-level rise, which measures the cumulative effect of sinking land and rising water.

The population of 1.7 million people is the country’s second most vulnerable to this predicament, behind New Orleans. Neighborhoods already endure routine flooding, as does the world’s largest naval base in Norfolk. Sea levels have risen so much that utility lines that stretch from piers to docked ships sometimes must be shut off during high tides.

By some estimates, the area could lose five feet by century’s end, according to The Center for Sea Level Rise at Old Dominion University in Virginia. Even a three-foot loss could permanently inundate as many as 176,000 residents, according to a 2012 report from the Hampton Roads Planning District Commission.

Increasing greenhouse gases have warmed the oceans, melting the polar ice caps and causing rising sea levels. But scientists also blame humans, at least in part, for the sinking ground.

In the Hampton Roads region, slightly more than half the relative sea-level rise is caused by subsidence that’s mostly due to humans pumping water out of the ground, according to the U.S. Geological Survey. (The other cause is the land settling back down after being pushed up by glaciers during the last ice age.)

The Hampton Roads Sanitation District wants to inject an initial million gallons a day during a pilot project in 2018, said Henifin, the general manager. If all goes well, injection levels would eventually rise to 120 million gallons. Regular sampling at well sites would show if the injected water meets drinking standards.

The district still needs federal and state permits for the pilot project. And it will require approval from the Justice Department, which issued a consent decree in 2009 to address overflows from the sewer system.

But the idea has so far survived the scrutiny of the Chesapeake Bay Foundation, a conservation group.

“We need to view this, if successful, as a significant improvement,” said Peggy Sanner, the foundation’s assistant director for Virginia and senior attorney.

“Drinking water standards are higher than what comes out of the pipe right now,” she added. “And millions of pounds of pollutants would not go into the bay.”

When the pilot project starts, the U.S. Geological Survey plans to monitor the ground’s movements.

“The physics tell you that the ground should come up,” USGS hydrologist David Nelms said recently in Suffolk, Virginia, near the site of the planned pilot project.

He stood in a shed near a gauge, known as an extensometer, that reaches 2,000 feet into the bedrock. Graphs on the wall chart the layers of sand, clay and gravel that make up the Potomac Aquifer, which extends under almost all of eastern Virginia and parts of North Carolina.

Scientists not involved in the project say the physics makes sense, but no one should expect a significant change in ground level.

In places such as Nevada, water injection has mostly stopped subsidence and caused some of the ground to rise by a number of centimeters, said Burbey of the National Science Foundation.

Burbey expects a similarly minimal rise for Hampton Roads, at best. The Potomac Aquifer’s sand layers should expand, he said, but its compacted clay layers won’t rebound much.

“Once you’ve squeezed the water out of them, it’s hard to reabsorb back into those clays,” he said.

Michelle Sneed, a land subsidence specialist for USGS in California, said the Hampton Roads project will be closely watched by geologists and other experts.

“If you can get a lot of the land subsidence under control, it buys some time,” she said. “Because nothing is going to stop the ocean.”