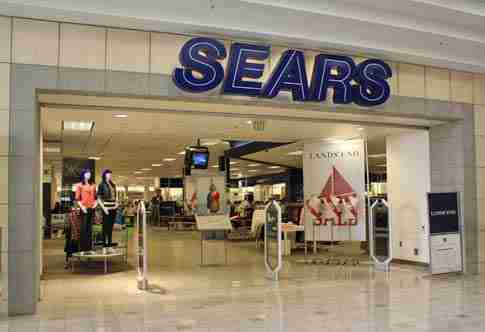 NEW YORK (AP) _ Seritage Growth Properties, the real estate spinoff of Sears Holdings Corp., made its debut Monday on the New York Stock Exchange and estimated that it had raised about $1.6 billion from the offering.

Sears, which is dealing with slumping retail sales, formed the real estate investment trust to extract more revenue from its properties. It plans to sell and lease back about 235 properties, most of them Sears and Kmart stores, to the REIT.

Sears expects to raise $2.6 billion in proceeds from the REIT buying those properties.

Sears is one of several retailers and chain restaurant operators with big property footprints and lagging sales that are choosing this strategy as real estate prices gain ground.

In April, Sears struck three real estate deals which included a $150 million infusion from a joint venture with mall operator Macerich. It also has deals with General Growth Properties Inc. and Simon Property Group Inc. Before establishing the REIT, the retailer had been subletting some of its excess space to Forever21 and Whole Foods. With the new real estate maneuver, the company said it will create a mechanism to continue that move in an accelerated fashion.

Darden Restaurants Inc., which has seen its Olive Garden chain struggle, announced in June that it would spin off some of its properties into a real estate investment trust that will function as its own publicly traded company.

Department store operator The Bon-Ton Stores Inc. announced an $84 million deal in June to sell six properties and lease them back with a real estate investment trust. Hudson’s Bay Co., the parent of Saks Fifth Avenue, has formed a joint venture with Simon Property Group Inc. for about 42 stores.