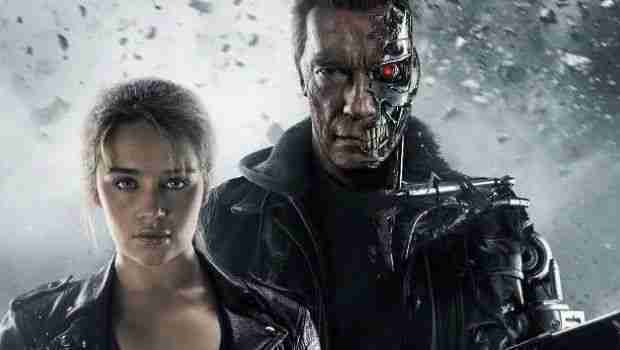 NEW YORK (AP) _ July 4th went off like a dud at the box office. Anticipated new releases “Magic Mike XXL” and “Terminator Genisys” fizzled, leaving the popular holdovers “Jurassic World” and “Inside Out” to top the holiday weekend.

Despite the brawny enticements of Channing Tatum and Arnold Schwarzenegger, the four-week rule of Universal’s dinosaur sensation “Jurassic World” continued with an estimated $30.9 million, according to studio estimates Sunday.

Pixar’s acclaimed “Inside Out” nearly caught up to the runaway dinos, taking in $30.1 million in its third weekend of release.

The strength of those June hits and the unfortunate timing of July 4th this year coming on a Saturday (rather than stretching out a long weekend) meant the sequels “Terminator Genisys” and “Magic Mike XXL” both failed to match previous installments.

Paramount’s “Terminator Genisys,” the fifth film in the series which also marks Schwarzenegger’s return to his most iconic character, took in $28.7 million over the weekend and $44.2 million since opening Wednesday.

Warner Bros. also tried to expand the weekend, opening Tatum’s male-stripper romp “Magic Mike XXL” on Wednesday. But after a strong start, the film managed just $12 million over the weekend. Over five days it made $27.1 million.

The openings were disappointing for the new releases, but each has a different makeup. “Terminator Genisys,” an attempted reboot in the 31-year-old, James Cameron-created franchise, was made for $155 million. “Magic Mike XXL,” a road-trip sequel to Steven Soderbergh’s 2012 hit original, was made for just under $15 million.

“The weekend got off to a very sluggish start because people didn’t have off until Friday,” said Colligan. “Our start was just not where it needed to be. Some of that does have to do with it is pretty severe competition. `Jurassic’ is still such a powerhouse in the marketplace and it was hard to anticipate that that wouldn’t have burned off a little more by now.”

“Genisys” failed to come close to the previous “Terminator” film, the Schwarzenegger-less “Salvation,” which had a five-day debut of $65.3 million over Memorial Day weekend in 2009. “Genisys,” which critics have slammed, is finding better business abroad. It made $74 million international over the weekend.

“Magic Mike XXL,” however, had the benefit of largely positive reviews and tracking numbers that suggested a possible No. 1 opening of more than $40 million. The original debuted with $39.1 million.

Dan Fellman, head of domestic distribution for Warner Bros., said the film performed worse than expected in the South, Midwest and in Canada. Such a “girls-night-out” release, he said, didn’t materialize over the holiday weekend.

“Our audience wasn’t available to us,” said Fellman. “We might be down but we’re not out. I’m in the wait and see mode.”

Hollywood’s summer has been inching close to equaling its record 2013 season, thanks partly to the unexpected success of “Jurassic World.” (Now with $558.2 million domestically, it’s already the fourth-best showing of all time in North America.)

Those weekends usually are the tent poles to Hollywood’s summer spectacle, but the lagging Independence Day weekend follows a lackluster Memorial Day, when Disney’s “Tomorrowland” flopped.

“These are the weekends everyone’s going, `Wow, what happened?”’ said Dergarabedian. “Part of it was the calendar. Part of it, too, was you have two movies out there _ “Jurassic World” and “Inside Out” _ that are just dominating the marketplace. Both those movies have appealed to every audience segment imaginable.”

This weekend was still up 6.9 percent over last year, when Melissa McCarthy’s “Tammy” and the sci-fi adventure “Earth to Echo” made for Hollywood’s worst July 4 in decades.

Universal’s animated off-shoot sequel “Minions” will debut next weekend after a strong international performance. The film, which gives the pipsqueak henchmen of the “Despicable Me” movies the spotlight, has already grossed $124.2 million abroad, including $54.3 million this weekend.