A look at the history of the Catholic Church in Cuba 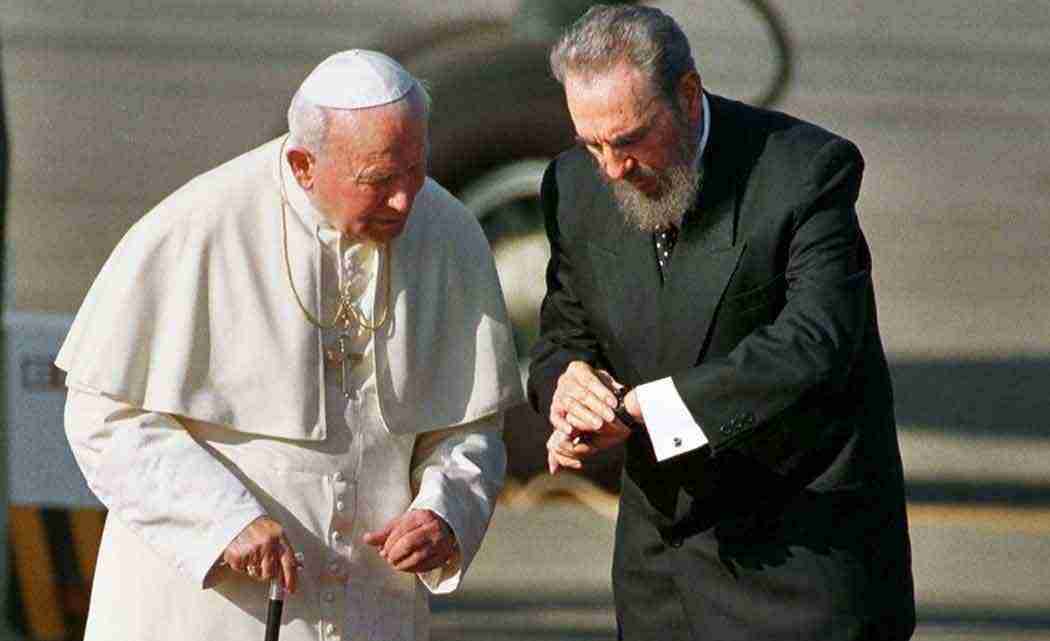 A brief look at key events in the history of the Catholic Church in Cuba:

AFTER THE REVOLUTION: The Roman Catholic Church, long identified with Cuba’s wealthier citizens, took a vehemently anti-communist line shortly before Fidel Castro declared Cuba to be socialist in 1961. Government officials later accused prominent Catholics of trying to topple the leader. Public religious events were banned after processions were transformed into political protests, sometimes turning violent. Hundreds of foreign priests, mostly from Spain, were expelled. The more than 150 Catholic schools that once operated across the island were nationalized. Many Cuban priests, including Cardinal Jaime Ortega, were sent to military-run agricultural work camps in the mid-1960s. The government was officially atheist and believers of all faiths were banned from membership in the Communist Party.

STATE-CHURCH THAW BEGINS: In 1992, the government dropped its constitutional references to atheism, and a gradual warming of church-state relations began, culminating with the first papal visit to the island in 1998, and government acceptance of some outdoor religious events.

CUBA’S CARDINAL: In November 1994, Pope John Paul II named Ortega the first cardinal in Cuba in more than three decades – and the second in the island’s history.

FIRST PAPAL VISIT: John Paul II became the first pontiff to visit Cuba on Jan. 21-25, 1998. He was greeted on the tarmac at Havana’s international airport by President Fidel Castro, who wore a suit and tie instead of his typical military uniform. “May Cuba, with all its magnificent potential, open itself up to the world, and may the world open itself up to Cuba,” the pontiff said in his arrival statement. He visited a leprosy center and met with religious leaders, and he celebrated Mass in the cities of Santa Clara, Camaguey, Santiago and Havana.

A SECOND PONTIFF COMES CALLING: Pope Benedict XVI visited Cuba March 26-28, 2012. President Raul Castro greeted Benedict and attended the papal Mass in the eastern city of Santiago to mark the 400th anniversary of the discovery of the image of the Virgin of Charity of Cobre, Cuba’s patron saint. Benedict also celebrated Mass in Havana and met with former President Fidel Castro.

THE FIRST LATIN AMERICAN POPE: Born in Argentina, Francis is the first Latin American pontiff. He celebrated Mass on Sunday morning in Havana’s Plaza of the Revolution, then on Monday in the central-eastern city of Holguin, and on Tuesday at the sanctuary of the Virgin of Charity of Cobre in far-eastern Cuba. After visiting the Santiago Cathedral on Tuesday, Francis flew to the United States.