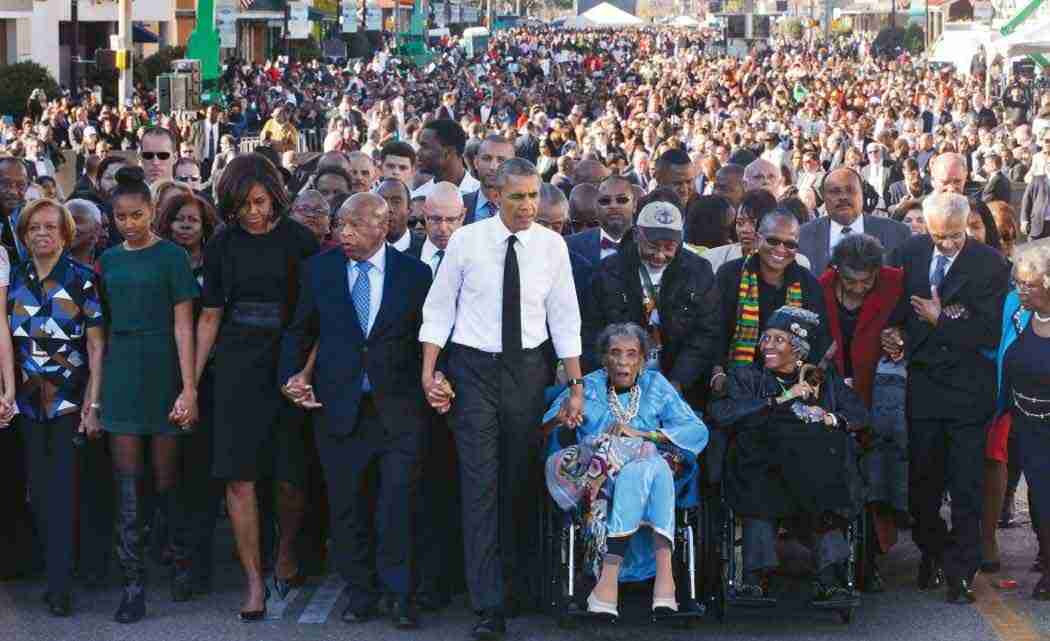 WASHINGTON — To President Barack Obama, women of the civil rights movement were “the thinkers and the doers” whose toil and sacrifice benefited everyone in the country.

“Women made the movement happen,” he said.

Obama said black women were the “foot soldiers” who did the behind-the-scenes work of strategizing boycotts and organizing marches while others received the credit.

“Even if they weren’t allowed to run the civil rights organizations on paper, behind the scenes they were the thinkers and the doers making things happen each and every day, doing the work that no one else wanted to do,” he said in a speech Saturday night at the Congressional Black Caucus Foundation’s annual awards dinner.

But Obama said that while black women and girls have made progress since and are opening more of their own businesses and graduating from high school and college at higher rates, they are still overrepresented in low-paying jobs and underrepresented in management.

He even invoked his wife, Michelle, as an example of the attitudes about black women that he said persist. The first lady, a lawyer with degrees from two Ivy League universities, has spoken on occasion of being told by her teachers that she was setting her sights too high.

Obama has had the dinner spotlight to himself during all but one of his nearly seven years in office. But with the campaign to succeed him in full swing, he had some competition for attention at Saturday’s gathering sponsored by a major Democratic Party constituency group.

Democratic presidential candidate Hillary Rodham Clinton attended the dinner to mingle with the crowd of several thousand. Vice President Joe Biden, who is considering a late entry into the Democratic race, attended a caucus prayer breakfast.

In his remarks, Obama also touched on the issue of criminal justice, promising to work with CBC members and other lawmakers in the months ahead to advance legislation intended to make the system fairer and encourage the use of diversion and prevention programs.

He also swiped at conservatives who blame him for animosity toward law enforcement officers.

Among those honored Saturday night was the late Amelia Boynton Robinson, an organizer of the Bloody Sunday march for voting rights to Montgomery, Alabama, in March 1965, and who was badly beaten by police. She celebrated the march’s 50th anniversary earlier this year by crossing the Edmund Pettus Bridge in Selma, Alabama, while holding hands with Obama.