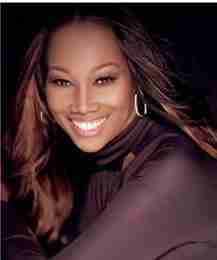 MIAMI – Gospel legend Yolanda Adams will headline the closing concert for the 2016-2017 season of Free Gospel Sundays presented by the Adrienne Arsht Center for the Performing Arts of Miami-Dade County.

Known for her powerful vocals and pioneering blend of traditional gospel music with R&B and jazz, the multiple Grammy Award-winning artist will perform her chart-topping hits including “Open My Heart” and “Be Blessed” inside the John S. and James L. Knight Concert Hall on Sunday, April 9 at 5 p.m.

Since her late 1980’s album debut “Just as I Am,” Adams has become a megastar in her own right. She has triumphantly carried the torch for contemporary gospel throughout 12 albums, and earned numerous accolades including the first American Music Award (AMA) for Contemporary Inspirational Artist and four Gospel Music Association Dove Awards.

The Free Gospel Sundays series is made possible with the support of various donors and organizations.

To be the first to learn about the 20172018 Free Gospel Sundays season, visit www.arshtcenter.org to register and join the Arsht Center email list.