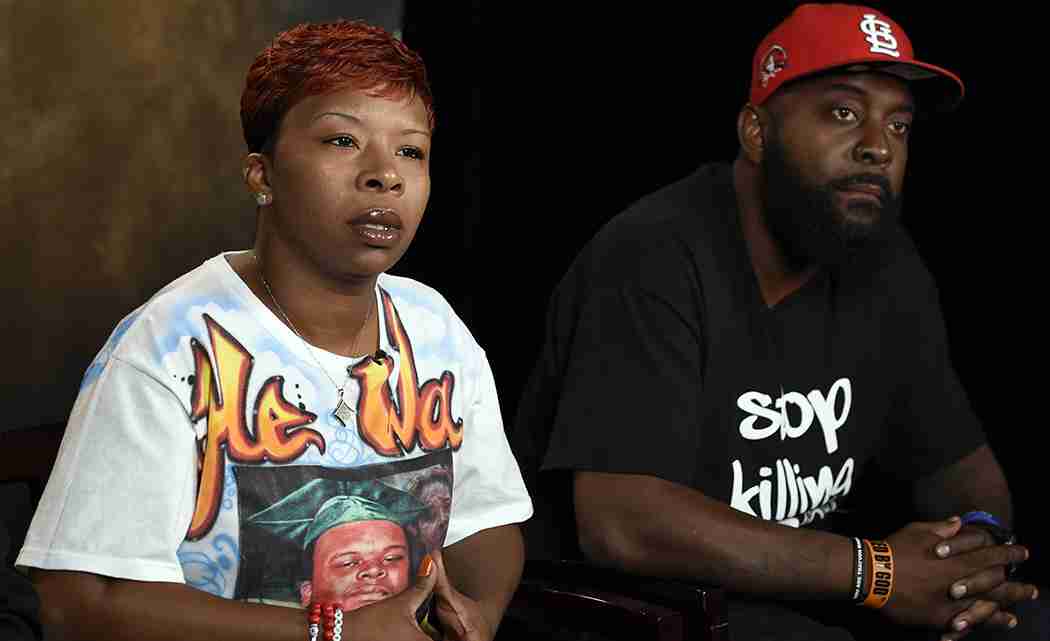 WASHINGTON (AP) — Officials in Ferguson, Missouri, are charging nearly 10 times the cost of some of their own employees’ salaries before they will agree to turn over files under public records laws about the fatal shooting of 18-year-old Michael Brown.

The move to charge high fees discourages journalists and civil rights groups from investigating the shooting and its aftermath. And it follows dozens of records requests to Ferguson under the state’s Sunshine Law, which can offer an unvarnished look into government activity.

In one case, it billed The Associated Press $135 an hour — for nearly a day’s work — merely to retrieve a handful of email accounts since the shooting. That fee compares with an entry-level, hourly salary of $13.90 in the city clerk’s office, and it didn’t include costs to review the emails or release them. The AP has not paid for the search because it has yet to negotiate the cost.

Price-gouging for government files is one way that local, state and federal agencies have responded to requests for potentially embarrassing information they may not want released. Open records laws are designed to give the public access to government records at little or no cost, and have historically exposed waste, wrongdoing and corruption.

“These exorbitant fees are merely a tactic of delay and intimidation,” Mike Cavender, the group’s executive director, said in a statement. “The public has a right to these records without interference.”

A spokesman for Missouri Gov. Jay Nixon referred questions about the high fees to Koster’s office, which handles freedom-of-information complaints. A spokeswoman for his office said late Friday that none had been filed.

“The first line of defense is to make the requester go away,” said Rick Blum, who coordinates the Sunshine in Government Initiative, a coalition of media groups that advocates for open government. He said charging hefty fees “to simply cut and paste is a popular tactic.”

The Washington Post was told it would need to pay $200 at minimum for its requests, including city officials’ emails since Aug. 9 discussing Brown’s shooting, citizen complaints against Ferguson officers and Wilson’s personnel file. The website Buzzfeed requested in part emails and memos among city officials about Ferguson’s traffic-citation policies and changes to local elections, but was told it would cost unspecified thousands of dollars to fulfill.

Inquiries about Ferguson’s public records requests were referred to the city’s attorney, Stephanie Karr, who declined to respond to repeated interview requests from the AP since earlier this month. Through a spokesman late Monday, Karr said Missouri law can require fees but she didn’t address why charges specific to the AP’s request were nearly tenfold the lowest salary in the city clerk’s office. Karr said searching emails for key words constitutes “extra computer programming” that can bring added costs.

Some state open records laws provide records for free or little cost, while others like Missouri can require fees that “result in the lowest charges for search, research and duplication.” The AP asked for a fee waiver because it argued the records would serve the public interest, as the law allows, but that request was denied.

In late August, the AP asked Ferguson officials for copies of several police officials’ emails and text messages, including those belonging to Wilson and Chief Thomas Jackson. The AP sought those records to reveal the city’s behind-the-scenes response to the shooting and public protests.

Ferguson told the AP it wanted nearly $2,000 to pay a consulting firm for up to 16 hours of work to retrieve messages on its own email system, a practice that information technology experts call unnecessary. The firm, St. Louis-based Acumen Consulting, wouldn’t comment specifically on Ferguson’s contract, but said the search could be more complicated and require technicians to examine tape backups.

The American Civil Liberties Union of Missouri filed a public records lawsuit days after the shooting for Brown-related police reports, but ultimately received a censored report that omitted officers’ names and other details usually released in such documents.

Jonathan Groves, president of the Missouri Sunshine Coalition and a former daily journalist, said that while public agencies can legally charge reasonable fees for records, an unfettered Sunshine Law is nonetheless an important tool “so that we have faith in what the government is doing.”

The Anchorage Press said officials at first wanted $6,500 in search fees, leading the newspaper to withdraw its request. Thousands of pages of those emails were ultimately provided to news organizations for about $725 in copying charges.

More recently, Nixon’s office didn’t charge the AP for copies of the governor’s calendar. Those records showed Nixon, a Democrat, didn’t completely scratch his regular schedule until five days after Brown’s shooting — amid violent clashes between police and protesters — so he could devote his time fully to managing the crisis.