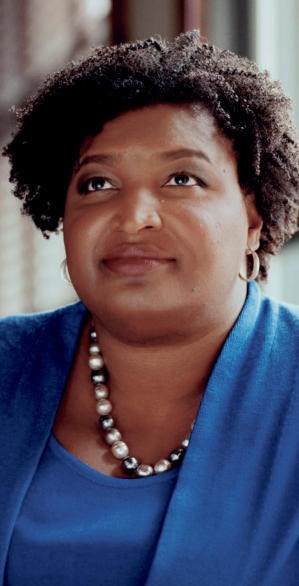 President-Elect Joe Biden is taking heat. Both Democrats and the left, as well as Republicans and the right, are criticizing his picks for Cabinet posts and administrative positions.

But some are asking the poignant question: Is the criticism fair? It’s true that Biden promised his administration would “look like America.” He’s said to have nominated more people of color than any other presidential administration thus far – including that of the first Black president of the United States, Barack Obama.

Still, some national Black leadership say Biden hasn’t gone far enough with his picks. They would like to see Blacks nominated for more key Cabinet positions than he has so far announced; and they vow to hold the president-elect’s feet to the fire.

The Rev. Al Sharpton, president of the National Action Network, and other prominent Black leaders, met with Biden and Vice President-elect Kamala Harris recently and adamantly voiced their opinion for him to go even farther in nominating Blacks for key roles in his Cabinet. Sharpton says he would like to see a credible Black attorney general as well as a Black labor and education secretary. Biden has yet to make nominations in those roles.

Sounding the alarm is noted sociologist, author and professor Michael Eric Dyson, who says the criticism is not only unfair but unfounded. In an opinion piece for The Grio, Dyson spelled out his case that Biden has not only talked the talk, but has walked the walk – and there’s more to come.

Among the Blacks nominated or chosen by Biden thus far are:

• Retired Gen. Lloyd Austin to lead the Department of Defense, making him the first Black Secretary of Defense.

• Michael Regan, Environmental Protection Agency administrator, who is said to have a wealth of knowledge on climate change and fuel efficiency. He would be the first Black man to lead the EPA.

• Susan Rice will head the White House Domestic Policy Council. Rice has decadeslong experience and was ambassador to the United Nations in the Obama administration.

• Ohio Rep. Marcia Fudge as head of the Department of Housing and Urban Development. She would be the first Black woman to do so.

• Linda Thomas-Greenfield for ambassador to the United Nations.

Also said to be under consideration for key roles are Stacey Abrams of Georgia, who is credited with registering hordes of Black voters; Rep. Karen Bass, chair of the Congressional Black Caucus; and Atlanta Mayor Keisha Lance Bottoms. Others are on Biden’s radar.

Dyson said already Biden has done what he promised to do.

“In addition to the remarkable Vice President-elect Kamala Harris, who will be the first woman, first Black person and the first South Asian to serve as vice president, the Biden-Harris administration has already made history on Cabinet picks and other personnel decisions,” he told The Grio.

“The Cabinet and senior White House staff announced to date better represents the diversity of America than anything we have seen before. Half of the Cabinet positions announced have gone to people of color,” Dyson pointed out in his op-ed. “And while Black frustration is understandable, that criticism is neither accurate nor fair.”

Blacks make up 13 percent of the U.S. population, so if Biden had just two Blacks in his Cabinet, he would meet the threshold he promised Black America.

Pundits say despite the intense pressure from both the right and the left, while he is mindful of the criticism, he has made up his own mind.

Previous post For major US news media, 2020 another THUMBS DOWN YEAR