For major US news media, 2020 another THUMBS DOWN YEAR 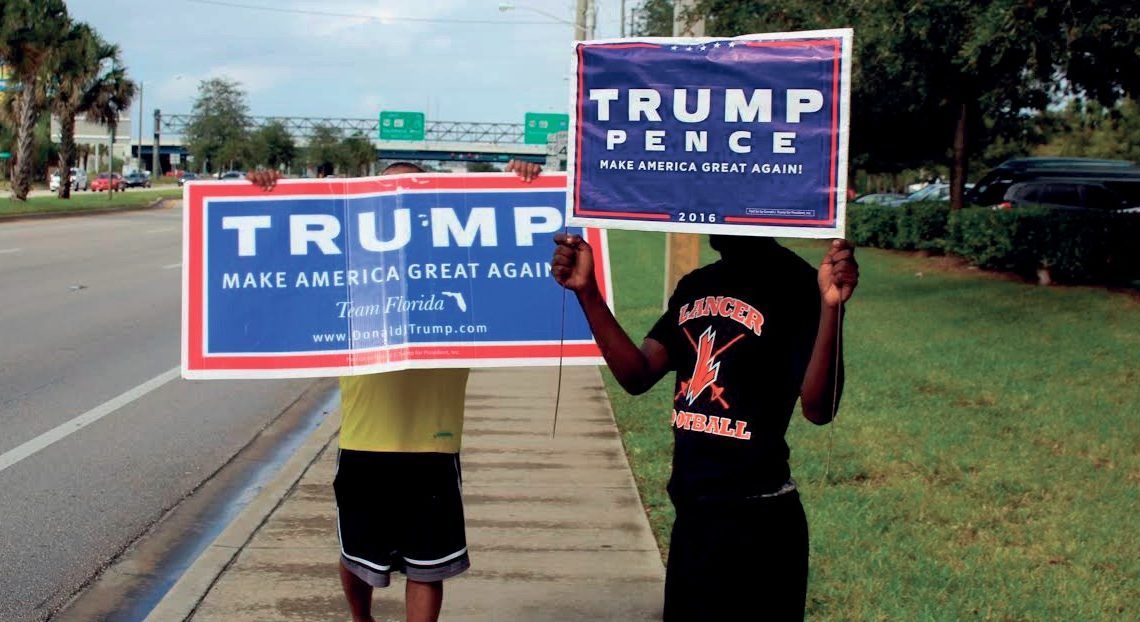 West Palm Beach, Fla. – I cannot recommend this highly enough for every American: Go to YouTube and watch the NABJ 2020 Virtual Awards which aired earlier this month.

Each year our awe-inspiring National Association of Black Journalists’ awards program pays homage to the best of the best among our colleagues.

I nearly jumped through the roof when this year’s Ida B. Wells Award – “to a distinguished leader, who increases access and opportunities for people of color, while also improving the coverage of our communities” – went oh-so-deservedly to a rare gem, my friend and fellow Palm Beach Association of Black Journalists founding member, now CBS News Executive Vice President of News Kim Godwin.

In contrast, however, let us consider the annual NABJ Thumbs Down Award, which this year went to both the Plain Dealer (Cleveland.com), and Pittsburgh Post-Gazette, for idiocy – no pun intended – beyond the pale.

The Plain Dealer (Cleveland.com) earned its distinction “for job cuts and changes which sparked a huge exodus of non-white journalists from their newsrooms … robbing the community of coverage by a staff which reflected at least some of the diversity of the city itself.”

The Pittsburgh Post-Gazette, the city’s largest newspaper, was cited for preventing Black staffers from covering protests there, following the killing of George Floyd by Minneapolis police. Readers can check the details. They include the fact that, “of the 140 members of the newspaper guild of Pittsburgh, just 13 are African American.”

These annual Dumbs – er, Thumbs Down dishonors are awarded to encourage news organizations to improve their practices.

It begins with hiring excellent journalists – some 4,000 of them gathered when our NABJ South Florida chapter hosted the 2018 NABJ national convention.

After hiring these excellent journalists, news organizations also need to listen to them.

Unfortunately, a look back at the year 2020 suggests not enough of that is happening. Lack of diversity continues be the most disastrous failing – and remains a huge part of the answer.

I speak from the experience of sharing my resume during the NABJ convention in Baltimore, turning down non-compatible job offers, before joining a formerly lily – white Palm Beach Post staff, later similarly its editorial board, while becoming the paper’s news ombudsman.

There were noticeable improvements, as when an enlightened white editor suggested another Black colleague and I craft the newspaper’s stylebook entry on Kwanzaa. (Who knew? Other than the paper’s newly hired Black staffers?)

There were major ones too, such as after I repeatedly advocated that being the paper’s only African American columnist amounted to tokenism, and the editorial board eventually gained a beloved Black columnist – and another woman to boot: the late Freddie Stebbins Jefferson.

The newspaper wasn’t just better. It was different. It expanded its horizons. Increasingly it became a requirement that the newspaper strive to provide readers all viewpoints, and all readers’ viewpoints, if it was to truly serve all its readers.

All the while, fellow staffers benefitted from our input as much as we theirs – in my case countless of them. It is an indictment of American education that I knew nothing of Harry T. and Harriette V. Moore until a white colleague, the late Michael Browning, wrote about them. (Don’t know them? Look them up!)

Now one of the top journalists around, Rick Christie, among the first to come on board along with a bunch of us back then, becomes the first editor of African descent to run the newspaper in its more than 100 years.

All that is beside the point that after a couple of decades as the world’s longest-serving news ombudsmen, to my knowledge, I theoretically doffed my media critic hat when more than 200 of us accepted staff buyouts and/or early retirement from The Post in 2008.

Consider me now forced back into service – even before Joe Biden. This commentary undoubtedly is an extension of my continual yelling at the TV – about follow-up questions unanswered, for example, or even worse, not asked.

I said all that to say that our major media organizations’ coverage of the next president only can get better in 2021. Because the coverage of the current occupant of the White House has been an utter debacle.

First, of course, we must address those news organizations’ damning failures in the case of the Current Occupant of the White House. Let’s call him C-O-W – not CEO or COO or COW – for short. I first did that during my most recent invitation to deliver the Sunday sermon for the Unitarian Universalist Congregation of the Palm Beaches.

I love participating with this group,

one of the most enlightened around. This time I made my theme “The Death of the Myth of White Male Supremacy.” And I recall my very dear, white male friend, who invited me, essentially saying he could not envision such an end. Which I told him essentially illustrated my point: that it was obvious for those with eyes to see, and who were paying attention.

From the perspective of my brief time on the earth, the old world is dying, as an Italian philosopher is reported to have said; the new world struggles to be born, and now is time of the monsters. Frederick Douglass put it a bit differently: Power gives up nothing without a demand. It never has, and it never will.”

I’ll put it in spiritual terms: The devil can’t submit. No, not the red, horned, pitchfolk-wielding dude, but rather the spirit that chooses, for example, to continue fighting the Civil War, or say the COW was robbed in the recent presidential election.

Worse, however, are the journalists who tell America that that’s what his supporters believe. Journalists can and should report what people say. But hardly what they think. Much less what they believe.

The COW has proceeded only to prove the point of my September 2017 talk on the death of the myth. “Many of us have been acutely aware of its slow, agonizing death – and the fact that its demise is picking up steam,” I told the UUs. “The signs are clear. The current occupant of the White House is just one of the latest.”

I added that "Spiritually navigating this death of white supremacy means holding fast to what we know is good for all. Such as Universal Principles. We have to be clear that we’re going for the gold – as in the Golden Rule.”

Regarding the COW, I recall the late Hon. Judge Edward Rodgers, one of the wisest men I have known, saying, “He is going to self-destruct.” As usual, “Judge,” as we affectionately called him, was correct.

What I didn’t ask before he passed was whether the COW also would deliberately attempt to destroy the country, with corrupt party leaders as his accomplices, while major members of the Fourth Estate were offering their most shameful performance in memory.

And that’s saying something. I dissented to the point of insubordination when my editorial board, like most US news organizations, tacitly supported the illegal 2003 invasion of Iraq. At a subsequent gathering of our international Organization of News Ombudsmen in Washington, D.C., a colleague from a South American paper asked us Americans had there been any accountability for US media cheerleading the world into that humanitarian disaster for which we all continue paying.

None of this is to suggest that I’m omnipotent. My Post editors saved my tofu countless times. I also recall an off-the-cuff whine to my then publisher, another super-wise man, about some columnist we regularly published, to which he responded: “We publish what you write too.”

But I knew we were in trouble early in the 2016 campaign, when the CNNs and MSNBCs would announce they were waiting … and waiting… and waiting .. for remarks from a certain president candidate … and then proceeded to air them in full.

We have watched as the New York Times agonized over whether to use the “L” word, even as other news organizations repeatedly were documenting his lies.

My former Post colleague Chuck Keefer opined on social media the other day that he is “worried bastard won’t be prosecuted for what amounts to treason.”

It seems at least Keefer still can smell a news story. But, how is an eight-month national security breach under the COW not a lead story every day? Or speculation that he handed over the keys during private,