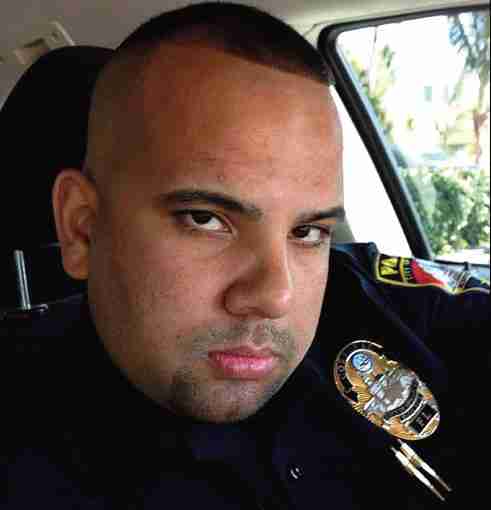 Opa-Locka, Fla. – An Opa-locka police officer who’s been at the center of controversy for allegedly causing a fatal wrong way crash and a taser stun gun incident involving one of his colleagues is suing the city after he was demoted.

According to the lawsuit, Perez, who was a captain, claims the city retaliated against him for criticizing the mismanagement of the department and unfairly demoted after the stun incident last year.

Perez, who has been on the police force for the past 14 years, told his supervisors the department was wasting taxpayer’s money.

The Miami-Dade State Attorney’s Office charged him with misdemeanor battery for firing a training taser on then-Sergeant Michael Steel who is now the department’s interim police chief.

Perez pleaded not guilty when he was arraigned on the battery charge.

A trial date has not been set yet.

Perez said filing the lawsuit was the last straw for experiencing unfair treatment at the police department.

“The filing of this suit was the last resort for me and the only choice I had given the circumstances,” said Perez.

Perez said he is on medical leave from the department but didn’t say how long it would be.

Perez said he is seeking to get back his captain position and back pay that came with the captain’s salary.

Pollock was out of town and couldn’t be reached for comments.

Pollock told NBC-6 News the City of Opa-locka is punishing his client for trying to do the right.

“Unfortunately, there seems to be a culture in the city of ignoring its rules, ignoring its policies, and retaliating against people who try to do right by the residents,” Pollock said.

Perez’s lawsuit also claims the department suspended and then demoted the former captain from his position before the internal affairs investigation into the taser incident was completed.

“Sergio then you know was involved in an incident and immediately thereafter he was suspended without any kind of due process,” Pollock said.

As a result of the taser incident and misdemeanor charge, Perez said he lost his job at St. Thomas University teaching a criminal justice course.

Regarding Perez’s lawsuit, in a statement, City Manager James Wright released a statement saying the City of Opa-Locka recently received the complaint. "However, the document has not been reviewed. As a result, we are not in a position to comment at this time," Wright said in the statement.

Perez is no stranger to controversy.

Besides the stun gun incident, in 2013, witnesses said Perez was chasing a car he believed was involved in a crime and headed the wrong way on -1-95 causing a crash that killed four people.

He said he was fired but got his job back after video evidence proved he never chased the car onto the expressway.