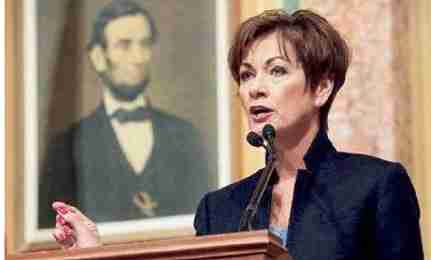 DES MOINES, Iowa (AP) – Civil rights organizations in Iowa are appealing to the Iowa Legislature and Gov. Kim Reynolds to ban racial profiling after two young black men filed a lawsuit against Des Moines police for a traffic stop they say was unconstitutional. The National Association for the Advancement of Colored People says 30 states have laws prohibiting racial profiling, but Iowa doesn’t.

The group and the American Civil Liberties Union of Iowa say they plan to push next year a bill introduced this year in the Iowa Senate that would prohibit racial profiling. They’ve asked Gov. Kim Reynolds to create a racial profiling study committee, something a spokeswoman for Reynolds says is under consideration.

The police video of the July traffic stop of 23-year-old Montray Little and 21- year-old Jared Clinton has been viewed millions of times online. It shows Little being handcuffed and his car searched for no apparent reason.