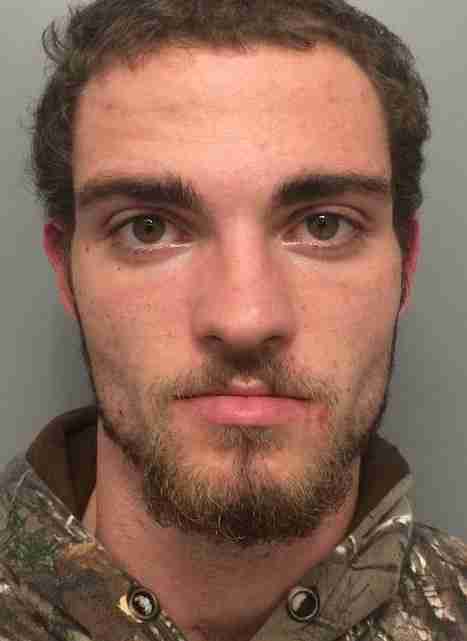 William Schenk, 21, was arraigned in Burlington on the misdemeanor charges.

Because his conduct was motivated by race, prosecutors say, the penalty upon conviction could be enhanced to more than four years in prison.

Schenk was being held on $15,000 bail. Vermont’s defender general said there is a legitimate question whether, under the First Amendment, speech that is widely regarded as inappropriate rises to the level of a crime.

“That’s the issue that is ultimately going to be determined in this case,” Defender General Matthew Valerio said. The defense may appeal the bail, he said.

T.J. Donovan, Chittenden County state’s attorney, has said distributing the fliers only to a black woman and a Hispanic woman shows intent to threaten and therefore doesn’t fall under free speech protections.

Police said they also were notified by workers at a local FedEx business center that a KKK flier had been left on a copy machine. A video obtained from the center that depicted a possible suspect was released to local media outlets last weekend. Police said a Plattsburg, New York, woman came forward and said she was sure the man was Schenk because she used to date him.

He is a member of the KKK, a secretive society organized in the South after the Civil War to assert white supremacy, often using violence.

An arrest warrant affidavit said Schenk told police the KKK has no members in Vermont or New Hampshire, and he traveled to Vermont for recruitment. He previously lived in Wilmington, North Carolina.