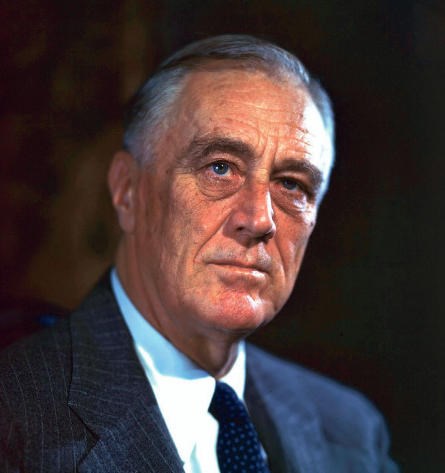 The federal government, with Democrat Franklin D. Roosevelt as president, in the 1930s, created the New Deal, bringing a vast network of enhanced social services, including Social Security, Medicare and Medicaid, and major infrastructural projects. Another Democrat, Lyndon B. Johnson, in the 1960s, poured huge amounts of money into the social safety net and also produced the landmark Voting Rights Act. But they faced stiff opposition from those who dub large-scale government spending “socialist” and ruinous to the economy. The same claim is being made against another Democratic President, Joseph R. Biden, and his $3.5 trillion Build Back Better plan.

The plan also includes tax cuts for families with children, following on Biden’s earlier American Rescue Plan that boosted the Child Tax Credit from $2,000 to $3,000 per child aged 6 and over for nearly 40 million households: and tax cuts for workers without children, boosting the Earned-Income Tax Credit from $543 to $1,502 for 17 million low-wage workers.

Free two years of free community college is offered, and tax credits would be used to expand the housing stock and rehabilitate two million homes. Other provisions include boosting workforce training, more money for teachers and schools and promoting clean energy jobs.

Unsurprisingly, more than 60 percent of Americans support the plan and Congress was expected to pass the eventual Build Back Better bill. But, with the Senate split 50-50, Democrats must invoke the Reconciliation procedure, using Vice President Kamala Devi Harris’ vote as president of the Senate for a 51-50 majority. But two Democratic senators object: West Virginia’s Joseph Manchin III and Arizona’s Krysten Lea Sinema. On the surface, they oppose the cost even though Biden says it will be fully funded by increasing taxes on corporations and on individuals making more than $400,000 annually.

The two senators want a cost of between $1.7 trillion and $2.5 trillion and obviously do not mind holding the plan hostage and making it appear that their president cannot get things done and his popularity is sinking. But there is more to their opposition. Manchin complains that the proposals would create an “entitlement society” and is demanding that only one of these three proposals be included: expanded child tax credit, paid family leave and child-care subsidies, The Washington Post’s Greg Sargent reported. “I don’t believe that we should turn our society into an entitlement society,” Manchin said.

That goes for Manchin’s West Virginia, where 278,000 people live in poverty, making it the second poorest state in the nation. It has the lowest percentage of adults with a bachelor’s degree and the second lowest life expectancy. The economy depends on coal for 75 percent of its income.

Sinema has stayed quiet, but the New York Times reported that she wants $100 billion cut from proposals to tackle climate change which include $150 billion for clean electricity and $300 billion in tax incentives to encourage use of wind and solar power and electric vehicles. Also, Politico reported that she opposes making prescription drugs cheaper and, citing a Kaiser Health News analysis, adds that she “ranks as one of Congress’ leading recipients of pharmaceutical industry donations.”

Meanwhile, in Sinema’s Arizona, 24/7 Wall Street ranks the northeast as "one of the poorest in the country." Feeding America said last year that Apache County had the greatest "food insecurity" in the nation. The 1,000-year-old Hopi tribe is stricken by drought. The Navajo Nation needs 34,000 new housing units and repairs to another 34,000, the Arizona Republic reported.

Manchin’s ideal is for the entire plan to be scrapped and Democrats “take as a win” a separate bipartisan $1.7 trillion infrastructure bill. Not so fast, said the Congressional Progressive Caucus, which is demanding that both measures be put to a vote at the same time. The caucus comprises 95 House members (and Sanders) of a total House Democratic membership of 224 and reflects the most diverse group of national lawmakers ever so they know the needs of the American people.

Caucus members include 27 African Americans, 15 Latinos, six Larinos and one Paciﬁc Islander and 46 women – as well as three Muslims (Andre Carson of Indiana, Ilhan Omar of Minnesota, a Somali child refugee, and Rashida Tlaib of Michigan, a Palestinian), two Indians (caucus chairwoman Pramila Jayapal of Washington and Ro Khanna of California). There are several LGBT members, including African Americans Mondaire Jones and Richie Torres of New York. They come from 30 states and the District of Columbia, including Florida: Lois Frankel, Darren Soto, Frederica Wilson.

If Manchin gets his way, could he really look his constituents in the eye and brag that he kept them from getting free child care or universal pre-K or extended child tax credit? After all, he is worth $5 million, earns $500,000 annually from a coal-related company and travels in his $700,000 yacht to Washington for Senate sessions.

Could Sinema, who took a progressive background to the Senate in 2018, was worth about $35,000 then but reportedly $1 million now, really boast that she sabotaged a plan to lower drug prices or take on climate change? Neither could the 50 Republican senators. In fact, they will speedily claim ownership of whatever proposals emerge. After all, they opposed the $1.9 trillion American Rescue Plan and then lied in their districts that they made it happen.