Former Minneapolis police Officer Derek Chauvin listens as the verdict is read in his trial for the 2020 death of George Floyd at the Hennepin County Courthouse in Minneapolis on April 20.

Black Lives Matter. George Floyd’s life mattered.
A mixed-race jury in Minneapolis returned a guilty verdict against former police officer Derek Chauvin on Tuesday, potentially sending him to prison for the rest of his life.
The panel, which included six whites and six Black or multiracial individuals, also sent the kind of message that activists, community leaders, and a myriad of Black people the world over has attempted to get across to American law enforcement: Black Lives Matter.
“Count one… guilty. Count two… guilty… Count three…guilty,” announced Hennepin County Judge Peter Cahill.
Chauvin was convicted on charges of second- and third-degree murder and second-degree manslaughter.
Floyd pleaded for his life and his mother as Chauvin pressed his knee into Floyd’s neck for more than nine minutes last May. Floyd’s death led to protests worldwide and the rallying cry that “Black Lives Matter” finally gained momentum in spaces where it largely had been ignored.
President Joe Biden watched the verdict reading from the White House and Minnesota Gov. Tim Walz declared a state of emergency, closing schools and sending out hundreds of additional National Guard troops to the Minneapolis area.
Law enforcement officials and city leaders in D.C., New York, Philadelphia, Los Angeles, and other major cities canceled vacations and leave in preparation for potential unrest.
Hennepin County public employees were ordered to go home early, and thousands of people gathered around the courthouse in anticipation of the verdicts.
Officials installed a new steel gate and concrete barriers near and around police headquarters in Minneapolis. Nearby businesses boarded up windows and added additional door locks.
The jury’s decision gave most reasons to breathe a sigh of relief that the family of a Black victim of police violence finally received justice.
As a result of the guilty verdicts, Cahill could sentence the 45-year-old Chauvin to more than 40 years in prison.
During the more than two-week trial, the defense called seven witnesses while prosecutors brought 38 people to the stand, including EMT workers, forensic experts, law enforcement officers, and individuals who watched as Chauvin ignored Floyd’s pleas that he could not breathe.
During closing arguments, Chauvin’s defense attempted to pin Floyd’s death on drugs and pre-existing heart conditions, prosecution witness Dr. Martin Tobin strongly refuted that testimony.
He called not plausible the defense medical expert Dr. David Fowler’s idea that carbon monoxide from vehicle exhaust also helped to cause Floyd’s death.
“I believe it is not reliable,” Tobin asserted.
The three other police officers involved in Floyd’s death are scheduled to be tried together In August. They face charges of aiding and abetting murder and manslaughter.
Cahill told the jury that he would sequester them during deliberations.
“Plan for long, and hope for short,” the judge said.
But that proved far from prophetic as the panel came back after spending one night sequestered in a hotel where they deliberated for about four hours on Monday.
Jurors returned on Tuesday, and at about 2 p.m., they reached a unanimous decision on each count after about six more hours of discussion.
“For the rest of the country, this will be a historic decision,” Philonise Floyd, George Floyd’s brother, told reporters. “But for the family, this is a personal, personal issue. An issue that is deeply personal for every single member.” 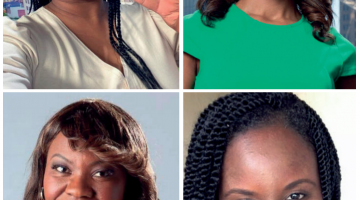