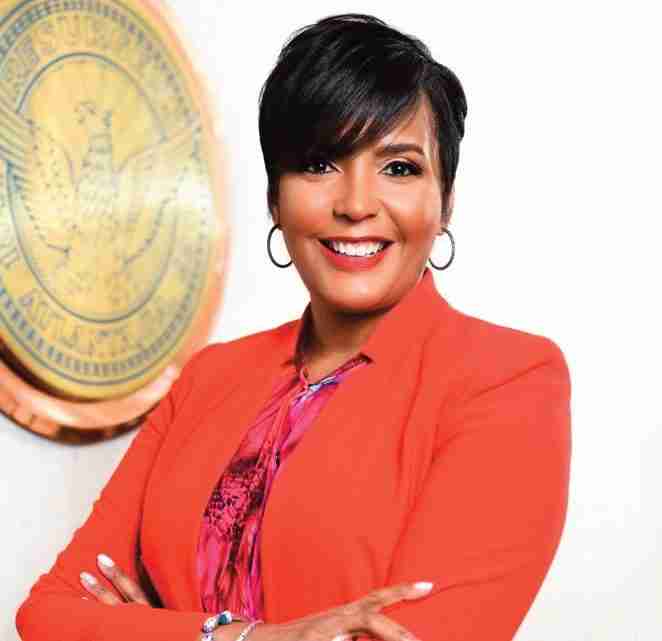 Washington (AP) – President Joe Biden on Wednesday announced the appointment of former Atlanta Mayor Keisha Lance Bottoms as a top adviser, filling a key White House role at a politically important time in the runup to November elections that could determine the fate of his agenda.

Bottoms will become director of the White House Office of Public Engagement, adding the advice and counsel of a Black woman to Biden’s inner circle. She succeeds Cedric Richmond, a former Louisiana congressman who in April left for a senior role at the Democratic National Committee.

Bottoms joins at a challenging time for the White House, with Biden’s public approval rating at the lowest of his presidency while consumer prices and the cost of gasoline keeps rising, factors that are complicating Democrats’ chances of retaining control of Congress in the November midterm elections.

Biden, in a statement Wednesday, praised Bottoms’ stewardship of her city through the pandemic, a summer of protests following the police killings of unarmed Black men, and through a mass shooting that targeted Asian Americans, killing six women.

“Mayor Bottoms understands that democracy is about making government work for working families, for the people who are the backbone in this country,” he said. “Keisha is bright, honorable, tough and has the integrity required to represent our administration to the American public.” In her new role, Bottoms will be in regular touch with a range of constituency groups at the local, state and national levels, bringing their feedback to the president.

Bottoms, 52, was an early supporter of Biden’s presidential bid, and was considered as a possible running mate before Biden added then-Sen. Kamala Harris to the ticket.

Bottoms stunned Georgia’s political establishment in 2021 when she announced she wouldn’t run for reelection, amid a spike in homicides and strife over a police officer shooting a man in a fast food parking lot in 2020. Bottoms became the first Atlanta mayor since World War II to not seek a second term.

She told reporters she had been thinking about limiting herself to one four-year term since shortly after she was elected in 2017, saying she was listening to the “divine voice that lives inside each of us.”

Bottoms left the mayor’s office in January 2022 and became a CNN commentator.