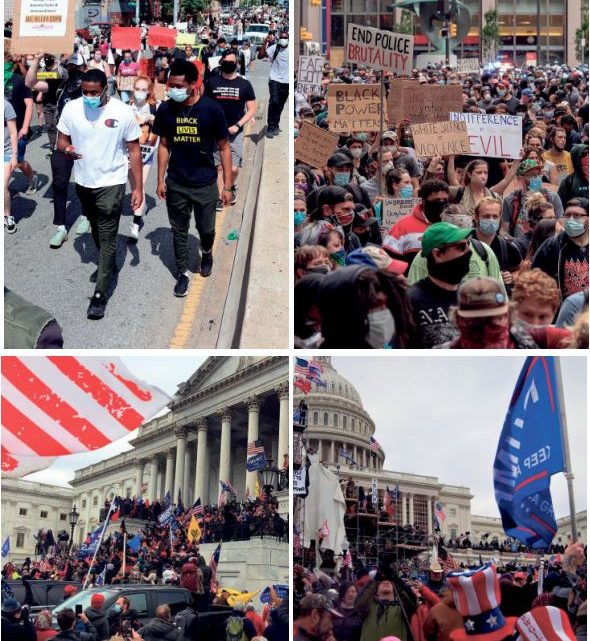 Attorneys for several organizations challenging the law championed by Republican Gov. Ron DeSantis asked U.S. District Judge Mark Walker in a hearing in Tallahassee to block enforcement of key parts of the law.

“Their speech is chilled because they don’t know if they will be arrested for peacefully protesting,” said Max Gaston, lawyer for the American Civil Liberties Union of Florida, which represents the lawsuit plaintiffs. “They’re afraid they will be arrested and charged with a violent felony.” That could sweep up people who are merely in the same area as a protest that turns violent or who are involved in the event but not doing anything illegal, Gaston said.

“It can be taken to mean a lot of things to a regular police ofﬁcer on his beat,” he said of the law.

Joining the lawsuit are the NAACP Florida conference, Dream Defenders, Black Lives Matter Alliance Broward and other groups who claim the law appears speciﬁcally aimed to quell protests by Black people and other minorities.

Walker did not immediately rule during the hearing held by teleconference. “I will do my best to get an order out as soon as possible,” the judge said.

DeSantis signed the so-called anti-riot bill into law in April. He had urged the state Legislature to pass a measure to enhance penalties against violent protesters after last year’s tumultuous demonstrations over the treatment of Black people by police.

Those demonstrations followed last year’s killing in Minneapolis police custody of George Floyd, a Black man, that stirred passions nationwide under the banner of the Black Lives Matter Movement.

Lawyers for DeSantis contend in court papers that the lawsuit is misguided and the law does not illegally constrain free speech or the right to assembly as guaranteed by the Constitution.

“It does not prohibit or discourage peaceful demonstration. Nor does it single out speech regarding racial justice,” the governor’s attorneys wrote. “Americans have a Constitutional right to free speech they do not have a right to burn down buildings, destroy property, or inflict bodily harm on others.” The law, also known as HB1, stiffens penalties for crimes committed during a riot or violent protest. It allows authorities to detain arrested protesters until a ﬁrst court appearance and establishes new felonies for organizing or participating in a violent demonstration.