Award-winning play All The Way opens at Actors’ Playhouse 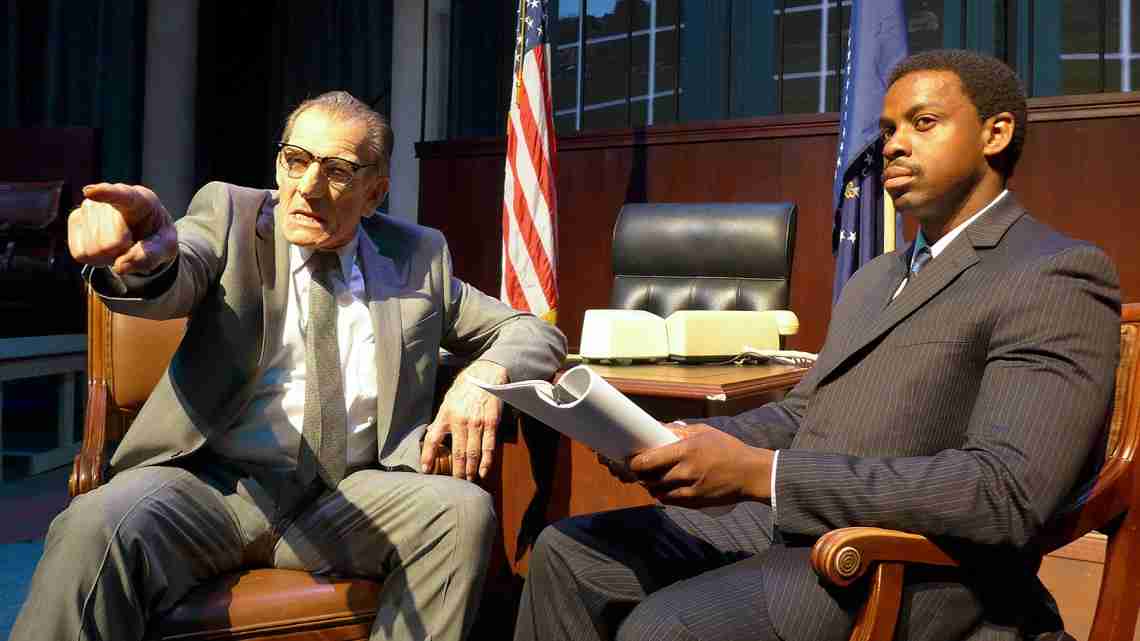 This riveting behind-the-scenes look at President Lyndon B. Johnson’s (LBJ) tumultuous first year in office in the wake of President Kennedy’s assassination has earned accolades from audiences and critics alike, from its start at the Oregon Shakespeare Festival to its powerful Broadway run and most recent HBO Films adaptation starring four-time Emmy winner Bryan Cranston.

Artistic Director David Arisco is at the helm of the limited engagement production that will run for two and a half weeks at the Miracle Theatre.

Hailed as “dramatically dazzling” (Baltimore Sun) and “powerful” (Chicago SunTimes), “All the Way” follows LBJ during his early administration, as he stakes his presidency on what would be a historic, unprecedented Civil Rights Act.

Johnson finds himself caught between the moral imperative of Dr. Martin Luther King Jr. and the expectations of the southern Democratic Party leaders who brought Johnson to power. As King battles to press Johnson while controlling more radical elements of the Civil Rights movement, Johnson navigates the bill through Congress, winning a landslide victory against Barry Goldwater, but causing the South to defect from the Democratic Party.

The design and creative team for “All The Way” includes Scenic Design by Jodi Dellaventura, Lighting Design by Eric Nelson, Sound Design by Shaun Mitchell and Costume Design by Ellis Tillman.

The show will open on Friday, March 24 at 8 p.m. and play through April 9. Evening performances will be held Wednesday through Saturday at 8 p.m., with afternoon matinees on Sunday at 3 p.m. A special weekday matinee is scheduled on Wednesday, March 29 at 2 p.m.

Director David Arisco will lead a group discussion with special guest Dr. Marvin Dunn before the performance on Friday, March 31 at 7 p.m. as part of the company’s “Second Fridays” series.

Dr. Dunn, a native Floridian, is a Professor Emeritus in the Department of Psychology at Florida International University. He co-authored “The Miami Riot of 1980: Crossing the Bounds” with Bruce Porter and “Black Miami in the Twentieth Century” (1997), “The Beast in Florida: A History of Anti-Black Violence”

He has directed three documentary films: “Black Seminoles in the Bahamas:

Dr. Dunn is a respected scholar in race and ethnic relations, has appeared on numerous national television broadcasts and has been published in major newspapers throughout the country.

Tickets for weeknights and matinees are $57, and on Friday and Saturday evenings $64. The theatre offers 10 percent off all weekday performances for seniors and $15 student rush tickets to any performance 15 minutes prior to curtain with identification. Discounts are based on availability.

Group discounted rates are offered for 15 or more through the group sales department. Single tickets may be purchased through the box office at 305-444-9293 or online at www.actorsplayhouse.org.