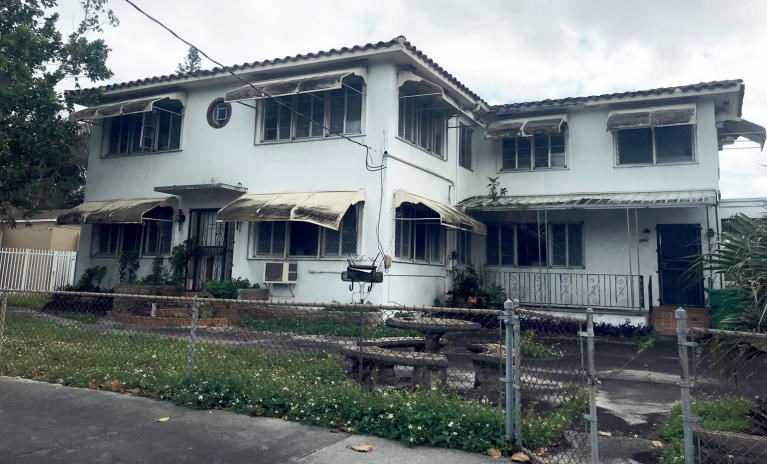 MIAMI, Fla. – In culturally diverse Miami-Dade County, it is estimated that only 10% of historically designated venues reflect the history and heritage of people of color. Earlier this month, the Miami-Dade County Historic Preservation Ofﬁce staff created a policy to address this issue and called upon the Dade Heritage Trust to assist in ﬁnding solutions. As we celebrate African American contributions to our community this month, it’s important for people to realize what could be lost if we don’t pay attention.

Last December we unveiled our annual list of Most Endangered Sites. Several historic gems of Greater Miami’s Black history are on the list, including the Ace Theater, the Mariah Brown House in Overtown, and Georgette’s Tea Room. These sites embody a variety of architectural sites and uses from a variety of neighborhoods.

• The Ace Theater, at 3664 Grand Avenue in Coconut Grove: Built in the 1930s by Wometco Enterprises as a “colored only” movie theater, it was one of the 113 Black movie theaters in Florida. Graduations, proms, closed-circuit boxing matches, and concerts were held at the theater, which is locally designated and listed on the National Register of Historic Places. The plan is to convert the theater into a multipurpose facility for events and programs. The owner, Denise Wallace, is looking for partners to help light up the Ace again with movies, songs and cultural arts.

• The Mariah Brown House, at 3298 Charles Ave: This one-and-one-half story Frame Vernacular house was designated historic in 1995. It was constructed by one of Coconut Grove’s ﬁrst African-Bahamian residents and is thought to be one of the ﬁrst houses with a Black owner.

• Overtown: This neighborhood has signiﬁcant architectural symbols of its storied and segregated past that need restoration, preservation and protection. It is home to houses of worship, the law ofﬁce of Lawson Thomas who was Miami’s ﬁrst African American judge, and the X-Ray Clinic – the only place where Blacks could receive radiography services well into the 1960s.

• Georgette’s Tea Room, at 2540 NW 51 St. in Brownsville: Built in 1940, it was a Green Book-type guest house for African American entertainers who performed in Miami Beach. It is currently owned by the Bethany Seventh Day Adventist Church, which is seeking funding and partnerships to restore and re-use the building.

All of these places are essential in telling the story of the African American community’s role in the history of Greater Miami. Preservation must move beyond focusing on protecting certain styles of architecture and perpetuating the narratives of White wealth and privilege. Preservation needs to be steered toward the protection of a broader range of places with cultural and historic significance. And in doing so, it can be of significant influence when advocating for social justice and advancing equitable development in all communities.

When years of divestment, neglect and insensitive development interests leave African American neighborhoods with vacant lots and dilapidated buildings, public officials and citizens often seek a quick solution by razing the deteriorated structures and destroying the neighborhood’s soul. As historic structures age, the challenges of preserving them and the neighborhoods they anchor multiply, but we’re going to keep working at it. We’re going to keep racing against time.

Christine Rupp is executive director of the Dade Heritage Trust.