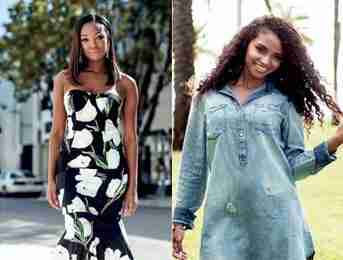 It wasn’t long before Hurricane Irma hit Key West and the Florida Keys that the Miami Dolphins cheerleaders were there for a sensational photo shoot for the Annual, which is their yearly cross between a swimsuit calendar and a coffee table book. Of course the squad had no way of knowing that just a short time after they frolicked in the sun in the always interesting and eclectic town, devastation would hit.

But on the early morning of September 10, the Keys were nearly demolished when the Category 4 storm ripped through the town known as a haven for the laid back and for those who have a penchant for its boating and uniqueness. The town suffered widespread damage leaving boats upside down, longstanding businesses demolished and nearly everything under water.

Now, the Miami Dolphins organization is giving back to the area that gave their cheerleaders a stunning calendar pre-Hurricane Irma during better times. This Friday night, October 27, the Dolphins cheerleaders will host their annual Swimsuit Fashion Show at Hard Rock Stadium, with proceeds from their calendar to benefit the devastated areas. Proceeds from this Annual, photographed from Key West to Miami Beach, will help benefit the rebuilding efforts in the Keys and all affected areas through the Miami Dolphins Foundation. Tickets to the event can be purchased in advance for $25 or $30 at the door. The Annual will be available for purchase at the event for $20. Fans can go to DolphinsCheerleaders.com to reserve tickets to this exclusive event. The Annual can be preordered prior to the unveiling through www.DolphinsCheerleaders.com, and will ship in mid-November.

The cost of the Annual is $19.99, plus shipping. The cheerleaders recall a most exciting time in Key West shooting for the calendar book. Now it’s time for the unveiling. But they seem most excited about the proceeds going towards the town’s rebuilding efforts.

“I’m excited about that. I think it’s so great that we’re giving back to the Keys,” said cheerleader Amina (Dolphins don’t provide cheerleaders last names to media for security reasons), 21, who is in her second season on the squad. She hails from Port Au Prince, Haiti.

Jodi 22, of Jamaican heritage, said it’s unbelievable that they were just there for an exciting time, not knowing the fate that would eventually befall the Keys. “Not too long ago we’re there taking these amazing pictures before the hurricane! I think it’s absolutely amazing that we’re giving back to them in their time of need.”

Both ladies are excited about the upcoming fashion show on Friday night, and are hoping for a huge turnout as they strut the runway. In addition to their love of dance, they both quip that an exciting part of their job as a Dolphins cheerleader is the fact that the Dolphins are so charitable. Things like the Swimsuit Fashion Show and the unveiling of the calendar go a long way in contributing to those in need, such as the rebuilding effort. “This production will be bigger and better than ever as we help out in the Keys,” said Jodi. The broadcasting student says this is why she loves being on the team. “The last five years has been the best experience of my life. Actually, when I started with the team, I just wanted to dance. But I’ve gotten so much more out of it. I didn’t realize how much more it is than just dancing. I love giving back to the community and making a difference in the lives of others — especially young girls and serving as role models.” In addition to working with the Dolphins, Jodi is a junior at Florida International University, working on a broadcasting degree with aspirations of being an entertainment journalist. She is in her fifth year on the team and hails from Pembroke Pines. For a time, she lived in Jamaica where her parents are from. She’s been dancing since the age of three and with the Dolphins she’s had the privilege of going on four military tours to visit troops abroad, including visits to Afghanistan, Kuwait, Djibouti, UAE, Ethiopia and Bahrain.

Amina, too, says she has benefited from her time with the squad and finds it exciting but a challenge too. “You have to commit 100%. It’s a professional job because you’re more of an athlete. Plus I’ve gained much more confidence and I’ve certainly matured too. Being a cheerleader with the team gives me a voice to inspire others.”

Amina was born in Haiti and lived there until the age of nine. She speaks four languages: French, Creole, English and Spanish. French and Creole are her native languages. She learned English when she moved to the U.S. and has picked up Spanish in classes in high school and living in Miami. In her rookie season on the squad, she’s had the privilege of traveling to visit the troops in Guantanamo Bay, Cuba, traveling to Mexico for the Super Bowl and traveling to Haiti for Hurricane Matthew relief with the Miami Dolphins. She has been on two trips to shoot the swimsuit annual, last year to Barbados and this year throughout the Florida Keys and Miami.

She said she is excited to model in the fashion show Friday night, especially with proceeds helping the distraught areas of the Florida Keys.