MIAMI (AP) – Josh Richardson did a little of everything for the Miami Heat, and he earned a Dwyane Wade comparison in the process.

Richardson scored 21 points, Wayne Ellington made six 3-pointers in the second quarter and the Heat wasted a 21point lead before recovering to beat the Atlanta Hawks 104-93 on Monday night.

Richardson had driving layups on back-to-back possessions in the final minutes, when the Heat went on a 17-6 run that decided things.

“J-Rich gets it done, on the offensive end and especially on the defensive end,”

Ellington said. “He’s huge for us. He’s a leader out there on the floor. He’s really evolving, his game’s evolving, he’s getting better every day. He’s becoming the type of player he’s definitely capable of being.”

Ellington scored 20 points and Goran Dragic finished with 19 for Miami, which started 14 of 24 from 3-point range — and then went 0 for 13 the rest of the way, yet prevailed anyway.

Richardson had eight of his points in the fourth for the Heat. Plus, he was stellar again on the defensive end with two steals and two blocks.

“What didn’t J-Rich do tonight?” Heat coach Erik Spoelstra said. “He was great defensively. Those were the type of plays at the rim that we had a former 2-guard here make, those kind of blocks. There’s not many 2s in the league who can make those kind of plays.”

Kent Bazemore and Taurean Prince each scored 20 for the Hawks, while John Collins had 14 points and 11 rebounds off the bench for Atlanta. The Hawks went on a 33-12 run in the second half to tie the game at 77, but never got the lead down the stretch even as Miami went from sizzling to icy in an instant.

“It’s rare that a team stays that hot for so long,” Bazemore said. “We stayed the course. We came out in the third quarter and gave them a good punch to start the third. The biggest thing from tonight is we stayed steady, kept plugging away and gave ourselves a chance.”

Ellington’s six 3s in the second quarter tied a Heat player record for 3-pointers in any quarter, alongside only Brian Shaw in 1993, and tied the team mark for 3s in a half. Miami’s 13 first-half 3s set a franchise record, for any half.

The Heat led by double digits for most of the second quarter, took an 18-point lead into halftime and stretched it to 21 when Dragic got the third quarter started with a 3-pointer.

Exactly 12 minutes later, it was tied — but the Heat escaped.

“We found a way to scrap our way back,” Hawks coach Mike Budenholzer said.

Hawks: Bazemore scored Atlanta’s first seven points, and was the only Hawk to score in the first 7:13. … Former Heat forward Luke Babbitt made his first four shots, including a 3-pointer right in front of the Miami bench. … Belinelli went over the 15,000-minute mark for his career.

Dragic got shoved in the third quarter, starting a brief exchange of players getting in each other’s faces. Prince was assessed a Flagrant-1, and Dragic, Waiters and Atlanta’s Dewayne Dedmon all were called for technical fouls.

The Heat were without C Hassan Whiteside (bruised left knee) for a second consecutive game. Whiteside has grabbed at least 10 rebounds in all seven of his appearances against the Hawks. He’s listed as day-to-day.

Miami played the third game of its sixgame homestand Wednesday against San Antonio.

Next post Don’t be swindled, obtain a copy of your deed for free 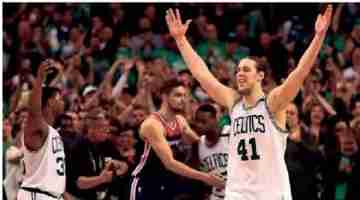