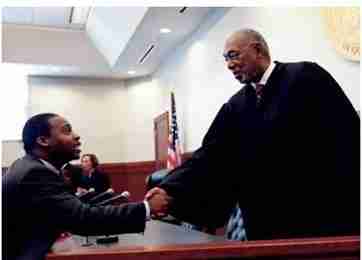 TALLAHASSEE, Fla. – The fate of more than half of Florida’s 386 death row inmates has been thrown into limbo amid far- reaching rulings handed down by the state’s Supreme Court.

The rulings are the latest twist in an ongoing legal battle over Florida’s reliance on a sentencing law that allowed judges – not juries – to make the ultimate determination in death penalty cases. The U.S. Supreme Court earlier this year ruled that the law was flawed, sparking a flurry of court challenges and an overhaul by the Florida Legislature.

A sharply divided Florida Supreme Court in one case agreed that the state can go ahead with the planned execution of Mark Asay, a Jacksonville man sentenced to death nearly 20 years ago for murdering two men.

In that decision a majority of justices decided that all death sentences imposed before another key 2002 U.S. Supreme Court death penalty ruling can remain in place. This would apply to nearly half of the 386 inmates currently on Florida’s death row.

But the court also declared in a separate ruling that anyone who received a death sentence after that 2002 decision could be eligible for a new sentencing hearing. This could lead to some inmates being released from death row if they are not resentenced to death.

“We again emphasize that this decision will only impact the sentence of death, not the conviction,” the unsigned opinion says. ” The difference is not guilt or innocence but, instead, life or death.”
Top state officials did not comment immediately on the potential impact of the rulings other that to say they were reviewing the decision.

A spokeswoman for Gov. RickScott did not say whether the governor would reschedule the execution of Asay, who could become the first white Floridian executed for the death of a black person.

Critics said they had warned prosecutors for that Florida’s death sentencing law was unconstitutional.Florida not only allowed judges to overrule juries, but allowed the death penalty to be imposed by a majority of jurors. State legislators this year changed the law to require a yes vote from 10 out of 12 jurors, but the state Supreme Court later ruled that a unanimous decision is required.

“For over a decade, Florida prosecutors have known that non-unanimous jury verdicts were likely to be found unconstitutional and yet they failed to urge corrective action from the legislature knowing all the while that victims’ families and the taxpayers would pay the price for their careless decision,” said Kenneth Nunn, a law professor at the University of Florida.

Florida’s death penalty law was upended as a result of a case involving Timothy Lee Hurst, who was convicted using a box-cutter to kill a coworker at a Pensacola Popeye’s restaurant in 1998. A jury had divided 7-5 over whether Hurst deserved to die, but a judge imposed the death sentence. The state Supreme Court initially upheld his sentence, but the U.S. Supreme Court this past January declared the state’s death penalty sentencing law unconstitutional because it gave too much power to judges to make the ultimate decision.

While the court ultimately ruled 6-1 the court’s that Asay’s execution can go ahead, the ruling showed remaining deep divisions regarding the death penalty. Some justices argued that all death row inmates sentenced prior to this year’s U.S. Supreme Court ruling deserved a new sentencing hearing.

Outgoing Justice James Perry, one of two blacks on the high court, issued lengthy dissent in which he said Florida had applied the death penalty in a “biased and discriminatory fashion” and that there was no way it could be carried in a constitutional manner. Perry, who is retiring at the end of the month, contends that all death row inmates should have their sentences commuted to life in prison.