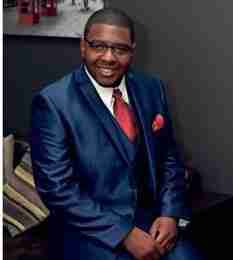 Among those deserving graduates was 22-year-old Rickey Thomas II, the valedictorian of Florida Memorial University’s (FMU) May 2016 class. “I was elated when I received the award because it helped defray the cost of my graduate education at Vanderbilt,” Thomas said. “I viewed it as an investment into me, as an investment into my education; and expected that investment would yield returns not only for myself, but for my community.”

Thomas said he was nominated for the award by FMU’s former Dean of Students Valerie Hall, and decided it was a good fit for him after noting the call for applicants committed to social change.

“It called for those who were active in the community to bring about some form of social change in the spirit of the Voter’s Rights Act of 1965,” Thomas said.

“That stood out to me because during my studies at Florida Memorial, I took a liking to black history and specifically the civil rights movement and black liberation theology – in which Dr. James Cone expresses that God is on the side of oppressed people, and we are to join God in the fight for liberation and justice for all oppressed people, specifically black people,” he continued.

It was something Thomas said he’d begun to practice in his daily life. As assistant pastor at Miami’s Fountain of New Life, Thomas said his studies transformed his messages.

“I went from a sanitized gospel to a social justice gospel, one that Dr. King and others would have preached,” Thomas said.

UNCF Achievement Capstone Scholars were nominated based on outstanding academic performance, character and demonstrated leadership honoring the legacy of the 1964 Civil Rights Act.

Nominations for the 2017 awards open this month (January) for 87 eligible HBCUs and PBIs. The award amounts for selected scholars will be between $2,000 and $5,000.

Awardees may use the scholarship to pay off outstanding undergraduate educational costs at their current institutions or to finance additional degrees, professional certifications and continuing education programs.

Thomas is currently pursuing a Master’s in Theological Studies at Vanderbilt University, where he is using the award to help further his academic pursuits.

“For more than 72 years, UNCF has worked to get students to and through college, and awards more than $100 million in scholarships annually,” said Larry Griffith, UNCF senior vice president of scholarships and programs. “This program further expands UNCF’s reach to African American students across the country who will benefit from the honor, recognition and financial assistance accompanying these prestigious awards upon earning their bachelor’s degree.”

Quoting Dr. Johnnetta B. Cole in stating that education is the great equalizer, Thomas said he is grateful to UNCF and National Achievement for helping him avoid being economically, politically, and socially oppressed. “They invested in my education so I could slip through the cracks of the systemic oppression problem in America and help other minorities slip through the cracks,” Thomas said.