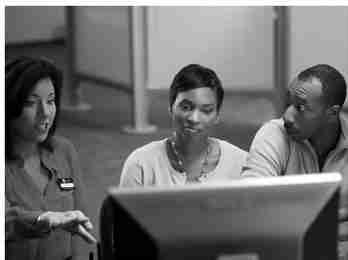 Taxpayers impacted by disasters, including those in California, Florida, Georgia, Louisiana, Mississippi, South Carolina, Texas, Puerto Rico and the U.S. Virgin Islands, may be eligible for tax relief including accelerated casualty loss deductions, postponed deadlines and waived fees for tax transcripts or copies of tax returns from the IRS.

“We’re launching a free, comprehensive disaster and casualty loss tax advisory service so that taxpayers know all their taxbased financial options for recovery,” said Kathy Pickering, vice president of regulatory affairs and executive director of The Tax Institute at H&R Block. “Tax relief could even mean getting a tax refund before even filing a 2017 tax return, so the financial impact could be swift and significant.”

To schedule a free advisory appointment, taxpayers should call 1-800-HRBLOCK. All H&R Block clients can access their past returns in their MyBlock account.

Taxpayers may find some financial relief for their recovery costs for damaged or lost property by claiming their unreimbursed losses as casualty losses. This can include loss in value related to any disaster-related claims greater than their insurance settlement or expected recovery, whether or not the government declared a national disaster.

Therefore, it is best that tax filers run both scenarios before deciding what to do.

The IRS has granted late-filing relief to affected taxpayers. Individuals and businesses in the affected disaster areas have until January 31, 2018 to file their October 16 extended tax returns. Other deadlines occurring after the disaster that may be postponed include estimated tax payments due on September 15, 2017 and January 16, 2018 and quarterly payroll tax returns due on October 31. Affected taxpayers will not be subject to penalties for failure to pay estimated tax if payments are made by January 31, 2018.

However, a taxpayer could live outside the disaster area and be eligible for relief and would need to call the IRS at 1-866-562-5227 to request tax relief.