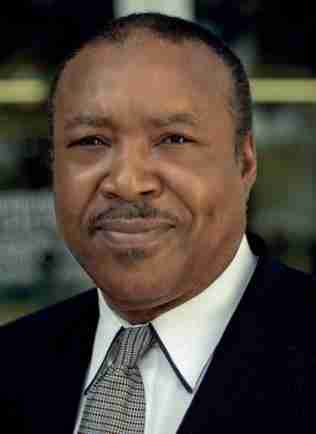 Haverhill, Fla. – As Lawrence Gordon, vice mayor of Haverhill, took his place as the newest president of the Palm Beach County League of Cities, his friend and the event’s keynote speaker, former State Rep. Joseph Gibbons, reminded his colleague: “You are now a leader of leaders.” He cautioned that heading the county’s 39 “will have its challenges, but it will be okay.”

Gordon was sworn in May 25 by the Hon. Judge Maxine Cheesman of the 15th Circuit Court before an audience of dignitaries, supporters and family.

During his acceptance speech, Gordon told of growing up in a Mississippi shotgun shack to now owning homes in multiple countries. He recalled that when he was a little boy, “I used to look up to the sky and tell God He must have something better for me. And God heard my prayers. I stand before you today a man who’s been blessed. I am an example of the great American dream.”

Gordon told of how his humble, hard-working mother and stepfather taught him prayer and servanthood as the reason he’s committed to service, and how his experiences as a businessman, politician and mediator helped develop a demeanor and skill set to effectively lead the nonpartisan league.

According to the league’s press info, “Lawrence Gordon, with his vast experience in all types of negotiation and his knowledge of all entities within Palm Beach County, is the perfect choice as incoming President of the League. His calm and methodical approach to all issues of concern to all cities in Palm Beach County will be assistive to all residents and businesses and a nonpartisan outlook is that of Mr. Gordon – as he is a mediator for the Florida Academy of Mediators.”

Former league president and community stalwart Ike Robinson foresaw Gordon one day leading the league and years ago told him so. “Obviously he could see what I couldn’t see,” Gordon said.

Gordon, also president of the Palm Beach County Caucus of Black Elected Ofﬁcials, made history as the ﬁrst Black to be elected as an ofﬁcial for the city of Haverhill.

As for higher ofﬁce, he said “Things sort of happen. I don’t actively seek the limelight. Colin Powell said you can get a lot done if you’re not concerned about who gets the credit.”