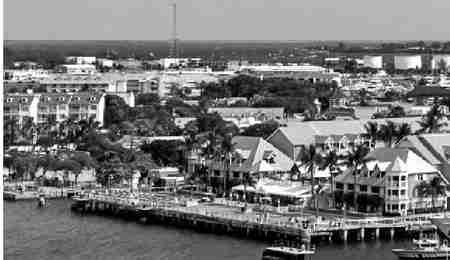 KEY WEST, Fla. – Starting Monday, March 27, employees from ten of the largest employers in the city of Key West will earn points for reporting their green methods for traveling to and from work.

The 3rd Annual Green Commute Challenge sets a rivalry between the city’s largest employers because those employers can make the most difference in going green. The contest runs through Sunday, April 2.

Human powered commuting – walking, biking, skateboarding and the like – gains the most points, but the challenge rewards everyone for being a part of the competition.

Single drivers are encouraged to carpool to gain points, and this year there will be a double-points bonus day for employees that take the bus to work.

In 2016, over 850 employees across 11 employers rose to the challenge, with 37 percent of participants using self-power to get to work at least one day.

Standout participants included Tropical Soup group, who reported 46 percent of its employees biking and 17 percent walking. Southernmost Beach Resort, the grand prize winner, received their name engraved on the traveling plaque and will defend their title in this year’s competition.