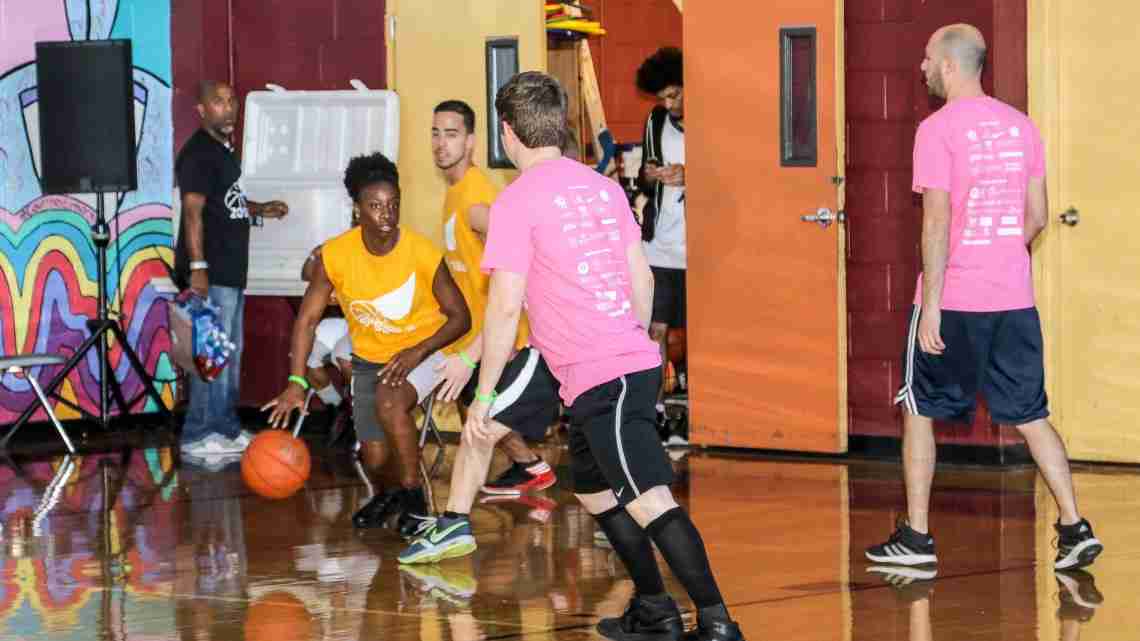 Legal professionals from all across South Florida faced off at the 3rd annual Zo’s Hoop-Law Madness Tournament, held Saturday, March 11.

MIAMI – Hundreds of legal professionals returned for the third year in a row to face off on a different type of court at the Overtown Youth Center’s 3rd Annual Zo’s HoopLaw Madness (ZHLM) Charity Basketball tournament.

Over 200 people attended ZHLM on Saturday, March 11. Jason Gilliam Alexander of Most Valuable Protege’s (MVP) served as the day’s host.

Eighteen teams competed in the tournament, which began in 2015 as a way to bridge the gap between urban youth and the legal community as well as raise funding for OYC’s programs and services.

This year marked a ‘three-peat’ for the reigning champions, a team composed of lawyers from the firms Eaton & Wolk, Vasallo Law, Hark Clasby & Bushman and Rasco Klock. Second place was DLA Piper and third place went to Pathman Lewis.

Since the tournament’s inception, legal professionals have returned beyond the day of play to get involved with the work OYC is doing as donors, volunteers, tutors, etc.

OYC’s executive director Tina Brown said she was pleased with the success of the third year.

“I felt this year’s Hoop-Law was another great event. More importantly it continues to be a great way to connect the legal community to the work that we do,” Brown said.

Nike was the title sponsor for the event, donating $25,000, as well as providing volunteers to assist throughout the day. OYC staff said the center raised a total of $50,000 for OYC’s programming.

“Investing in the event provides OYC the opportunity to serve as a vehicle for ensuring that young people in the urban core are able to maximize their potential,” Brown continued.

She encouraged more firms to participate and serve as sponsors in future tournaments.

“Though ZHLM is a fun and competitive platform for hundreds of attorneys; the event’s proceeds continually give our students a competitive edge in life long after the game is over,” Brown said.