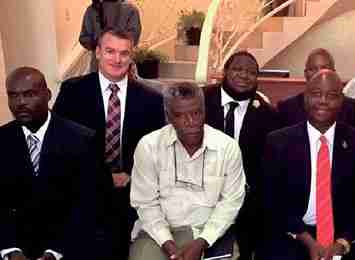 NORTH MIAMI, Fla. – The City of North Miami has signed a Sister Cities agreement with Arcahaie, Haiti to foster economic, social and cultural development between the two cities.

“Today we signed a Sister City agreement to build on and strengthen economic, cultural and educational relationships between the cities of North Miami and Arcahaie, with the common goals of developing understanding and respect, while improving the quality of life for our respective residents,” said Desulme, who hails from the city of Arcahaie.

The Sister City agreement commits both cities to identifying activities that can generate new initiatives to further nurture economic, social and cultural relationships, as well as:

• Mutual exchanges between commercial, educational, athletic and other civic groups

• Strengthen the links between institutions and public organizations

• Explore and encourage cooperation and exchange between local development agencies, and

• Promote mutual leisure and business tourism opportunities The signing took place in Arcahaie. This is the second Sister City agreement signed by the City of North Miami since 2008.