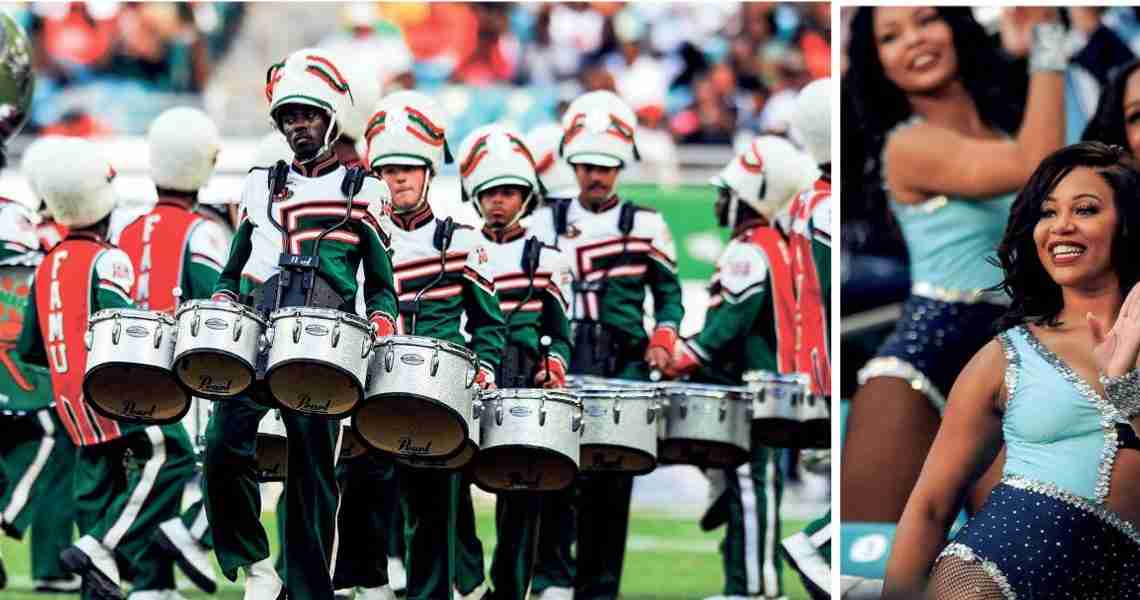 Miami Gardens, Fla. – For many alumni and students of Historically Black Colleges and Universities, the return of the Orange Blossom Classic this weekend in South Florida was more than a football game, more like a family reunion.

After a 43-year absence, the celebrations surrounding football between historically Black schools were revitalized around Sunday’s game between Florida A&M University and Jackson State at the Hard Rock Stadium in Miami Gardens.

Jackson State quarterback Shedeur Sanders, son of the team’s coach, pro football Hall of Famer Deion Sanders, completed his ﬁrst 17 passes and threw for a career-high five touchdowns to lead his Tigers past the Rattlers 59-3 on Sunday.

The game provided some relief for the JHU community affected by the water crisis back home in Mississippi.

For both teams, their fans, the HBCU faithful and friends, however, there were concerts, a parade, a job fair, pool parties, cookouts galore, spades games in the parking lot and a battle of the school bands.

The classic started in 1933 but it didn’t become an annual event in Miami until 1947 when segregation was rampant throughout the South.

At its height in the 1950s and 1960s, the classic was the only time Black players could compete in the historic Orange Bowl, said Bea Hines, a South Florida native.

“The White people sat on one side and we sat on the other,” Hines said. “No matter what school you were rooting for, we all sat together on one side of the Orange Bowl.”

“It’s extremely important to be able to show the impact that our institutions have made on society and we do that through these football games,” said Charles McClelland, commissioner of the Southwestern Athletic Conference.

In other Labor Day weekend action in South Florida, HBCU Bethune-Cookman lost in Goliath beats David fashion, 70-13, to national No. 16 University of Miami at Hard Rock.

“It gives us a measuring stick for our football team,” Bethune-Cookman coach Terry Sims said. “Our guys, I thought went out and they fought.” In other area HBCU action, Florida Memorial University earned Head Coach Bobby Rome his ﬁrst career victory at the school defeating the Edward Waters Tigers 39 – 34 in the Big Cat Classic Aug. 27, before their ﬁrst loss of the season 86-0 against Southern University on Saturday in Baton Rouge.

The Lions return to action on Saturday, Sept. 10 against Southeastern University in Lakeland, before returning home to tackle Warner University on Sept. 17 in Miami Gardens.

Meanwhile, in Denny’s second year sponsoring the weekend-long activities, the brand announced a two-year extension of its role as sponsor of the Orange Blossom Classic.

Next post Earnie Shavers, among boxing’s hardest punchers, dies at 78