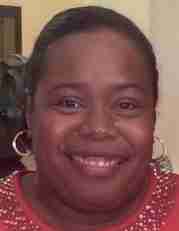 West Palm Beach, Fla. – Nicole Jones Pierce, a former ofﬁcer of the national and local alumni chapters of Florida A&M University, lost her battle with multiple myeloma Saturday, Sept. 3. It was the same cancer that claimed the life of Colin Powell.

Jones pierce, who was 44, passed two days after her nuptials in a hospital wedding ceremony with her longtime ﬁance, Jonathan Pierce, relatives said.

Family and friends said she was petite in stature but a giant in life. She graduated from FAMU in 2000, according to a Palm Beach Post report, and eventually became second vice president of the National Alumni Association as well as president of the Palm Beach County Alumni Chapter.

“The Palm Beach County Chapter of Florida A&M University National Alumni Association would like to express our deepest condolences on the passing of our former president, Nicole T. Jones, Esquire,” said Monica McCoy.

“As the current president of the chapter, I stand on the shoulders of several great men and women and Nicole was one of them. Nicole also served our organization on the national level as second vice president. Our prayers and thoughts are with her family.”

Jones also was a member of the Delta Sigma Theta, Inc. sorority.

“She was a strong academic student, and was even a recipient of the Palm Beach Post Pathﬁnder Award for her superb academics and community service.”

Longtime family friend Shawnee Lawrence, who worked alongside Jones Pierce as attorneys in the Public Defender’s Ofﬁce of the 15th Judicial Circuit, said her skill as an attorney was superior.

Jones’ greatest legacy is her daughter Alexandria, Lawrence said. “She’s only 6, but what Nicole has instilled in her is simply unprecedented. Nicole was meant to be a mother. I’m so grateful to God, for giving Alexandria Nicole as a mother.”

Jones Pierce’s maternal aunt, Vivian Blackmon-Taylor said she has “been with Nicole from the time she was born. And even though we’ve always had a special bond, it became even stronger when she became a mother. She was an exceptional mother,” said Blackmon-Taylor, who says the mother-daughter even took violin lessons together. “Her legacy is her remarkable, absolutely intelligent 6-year-old,” she stated.

Her paternal cousin, Meloyde Newbold Webb, said her cousin had a quiet strength and was the apple of their family’s eye.

“Nicole was like our live baby doll. She was adorable inside and out. She was super intelligent, bright, inquisitive. I loved everything about her, even doing her hair,” she said. “Nicole’s spirit was so profound.”

Newbold Webb’s husband, Elder Willie Joe Webb, performed the wedding for Nicole and Jonathan at Jones Pierce’s request. “She wanted to make it official with the love of her life, so my husband granted her request.”

In addition to husband Jonathan and daughter Alexandria, Jones Pierce is survived by her mother, Cheryl Jones, her father, Ronald Jones and other relatives.

The family is honoring her wishes for private services and expressed gratitude for all prayers and gifts. To make donations of any kind, including to a gofundme account being established for Alexandria Pierce’s education fund, contact Vivian Blackmon-Taylor at 561-601-7267.