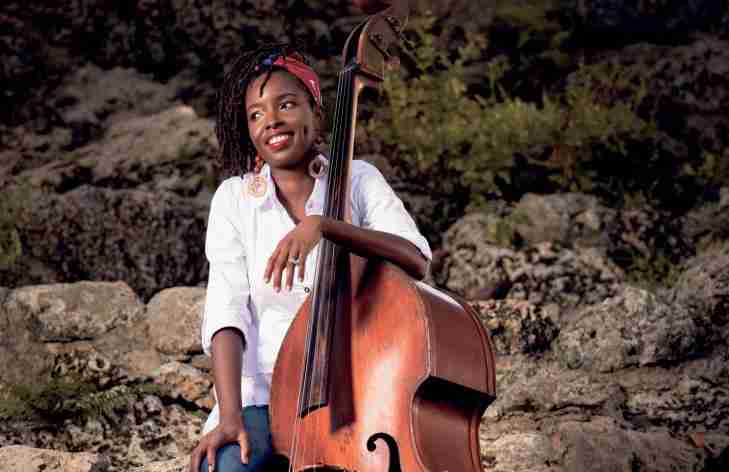 BOSTON, Mass. – The Refugee Orchestra Project (ROP) has announced the appointment of Portia Dunkley in the role of executive director.

Born to immigrant parents, Portia Dunkley is a native of Miami, with Bahamian and Haitian Caribbean roots.

Early on in life, she was introduced to the double bass, and continued her studies, graduating from The New World School of The Arts in Miami, and attending Florida State University where she earned both a bachelor’s degree in Performance and a master’s degree in Arts Administration.

She currently resides in South Florida where she continues the joy of creating music with her husband, jazz trombonist Waldron Dunkley, and daughter Auriel, who also plays double bass.

In 2019 she was chosen as a fellow for the SphinxL.EA.D (Leaders in Excellence, Arts and Diversity) inaugural cohort.

In that same year she was recognized by the Knight Foundation with an Arts Challenge Grant to establish a new South Florida ensemble for her project, Music of the Unsung America, a multi-event lecture/concert series that highlights music compositions by Black composers in the shadows of history.

The project creates opportunities for Black and Latinx professional classical musicians in South Florida to perform works by Black and other minority composers left out of the “traditional” canon of music.

“I am excited and grateful to take on this new role with The Refugee Project Orchestra,” said Dunkley.

“I hope that my work with both with Unsung America and The Refugee Orchestra Project will help build communities of belonging, amplify the voices and creative talents of marginalized artists and inspire young people of all cultures to see themselves reflected in classical music.”

The Refugee Orchestra Project brings together musicians whose friends and families have fled to this country to escape violence and persecution, in performances that loudly proclaim these individuals’ importance to our cultural wealth.

Dunkley joins the leadership team alongside founder and Artistic Director Lidiya Yankovskaya, taking over from Allison Provaire, who now assumes the position of director of operations for the organization.

Dunkley joins the organization in what are challenging times for the performing arts in general.

The organization has successfully pivoted in recent months, however, to set up a fundraising initiative for its artists where the public are invited to commission original works.

One commission has been completed and performed with another four being produced.

ROP also performed a short weekend series of open-air, socially distanced concerts in Chicago at the end of August alongside Chicago Opera Theater.

Next post Who are the women of Jazz? Spady knows