Sen. Nelson wants probe into Florida’s use of driver records 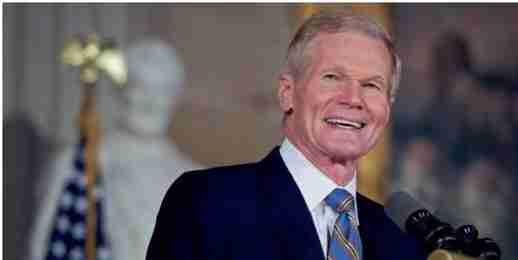 The Florida Democrat wrote U.S. Attorney General Loretta Lynch on Friday asking her to probe whether the state is selling information for marketing purposes without the drivers’ consent in violation of federal law.

Nelson made the request after WTVT-TV reported that 75 companies are getting information in bulk from the Department of Highway Safety and Motor Vehicles, and that the agency is not doing anything to ensure the information is used properly.

“In this new era, when identity thieves are causing real damage to millions of hardworking families, the fact that the state is making a profit by selling Floridians’ personal information on the open market is simply unconscionable,” Nelson’s letter says. “I ask that your agency investigate whether the State of Florida is fully adhering to the intent of the law, as any deviation could be severely harmful to the millions of people who trusted the state.”

The agency has collected $150 million in the last two fiscal years from companies requesting driving records. Its executive director, Terry Rhodes, said in a statement that the agency “does not sell driver or motor vehicle information” and that the driving records were handed over as required under federal laws and the state’s public records laws.

Beth Frady, a spokeswoman for Rhodes, added that the money collected from companies was based on fees that were set by the Florida Legislature.

Rhodes and her agency report to Gov. Rick Scott and the three elected members of the Florida Cabinet.

Scott’s office and Attorney General Pam Bondi did not comment on Nelson’s letter and instead referred all questions to the agency. Agriculture Commissioner Adam Putnam said Friday in a statement that he has requested the agency to “provide me with a full update regarding this important consumer and personal privacy matter.”

WTVT reported that some of the companies obtaining driver records had no websites or storefronts, and were not registered to do business in Florida. One operates out of a condominium near Fort Lauderdale, but did not respond to the station’s requests for comment.

WTVT said it began investigating after noticing that Florida residents doing transactions with the agency would then receive direct marketing ads.

Next post Is China the land of opportunity for blacks?

Previous post What have blacks learned about the importance of voting?