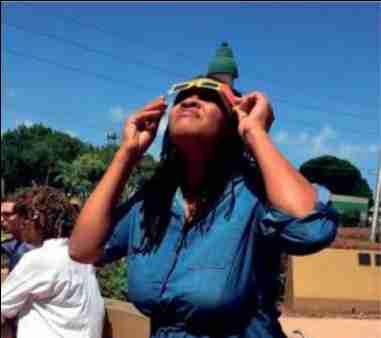 FORT. LAUDERDALE, Fla. – For months, the country has anticipated the first total solar eclipse since 1972. Scientists and other experts gave advice on how to prepare for it, what people should do to view it safely as well as when and where it would peak.

Lists of eclipse events populated the internet, solar glasses were purchased and given out by the millions and tutorials on how to make your own were shared.

The world waited in eager anticipation and South Florida was no different.

Though it had been determined the quad-county areas of Palm Beach, Miami-Dade, Broward and Monroe counties would not be in the path of totality (the areas where the moon would totally block out the sun and encompass the area in complete darkness), 80 percent totality wasn’t too shabby either. 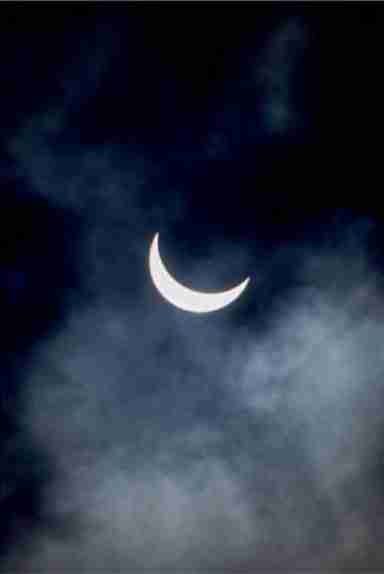 Pictured Right: A view of the eclipse as it appeared in South Florida. PHOTO COURTESY OF KOREY DAVIS PHOTOGRAPHY

As a result, South Florida residents turned out in droves to make sure they could experience a moment in history on Monday, August 21.

Eclipse events were held all across the region including various libraries, museums, parks, schools, etc.

The South Florida Times was able to attend an eclipse event held at the African American Research Library and Cultural Center (AARLCC) on Sistrunk Blvd.

According to organizers, they’d given out over 600 eclipse glasses and had to turn away just as many patrons Saturday and Monday.

“It’s been a madhouse. We had a line wrapped all around the fence, all the way past the entrance before we opened this morning,” said Paul Wells, AARLCC’s circulation supervisor.

During Monday’s event residents were able to view the eclipse through solar glasses, homemade eclipse boxes or through a live stream going on in the auditorium.

Sadie Carter, a retired teacher who currently home schools children, took the day off to bring her two granddaughters – Kelizaryah Carter, 5, and Seriah Carter, 2 – to view the eclipse. She said there was no way she could let the opportunity for them to experience history pass her by.

“When this last happened it was 1972 and that’s the year my son was born. I thought this was such great history and I’m able to bring my grandkids to experience it so I wouldn’t have missed it for the world,” Carter said.

She said she asked the parents of the students she home schools to keep them at home Monday so she could spend the day with her granddaughters.

“Their father bought them glasses a month ago … I really wanted it to sink in so they could see how precious this moment is and to see the expression on other people’s faces and know they are a part of it. When they grow up, they will be able to tell their grandkids that they witnessed it with their grandmother in 2017. This is beautiful,” Carter continued.

“This is my first time seeing the eclipse and it’s amazing. It’s beautiful. I’m wowed. I really am because it’s the first time I actually saw it with my own eyes,” Thompson said.

Elaina Norlin, the library regional manager, said it was very fulfilling to see residents excited about the eclipse.

“It’s been great because the last time this happened there were so many people who hadn’t been born and they couldn’t pinpoint with this accuracy (when and where it would be),” Norlin said. We’ve been overwhelmed. The whole library system has been overwhelmed, but it’s amazing.”

She added there were a few people who didn’t know much about the eclipse, but said they were going to do more research about it after viewing it.

“Anything that inspires critical thinking and lifelong learning is great,” Norlin said.

Lisa Jackson serves as the AARLCC’s supervisor of youth and adult information services. She agreed with Norlin.

“It’s just amazing to see adults with a childlike wonder looking up at the sun. It seems they are more excited than the kids,” Jackson said. “We’re happy that people are showing an interest in this and hoping that inspires an interest in science overall and how it touches their everyday lives.” 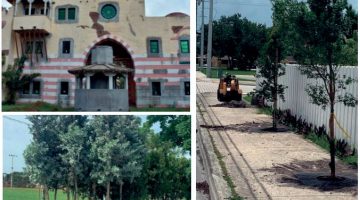 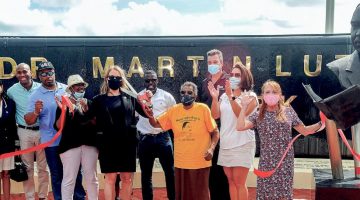