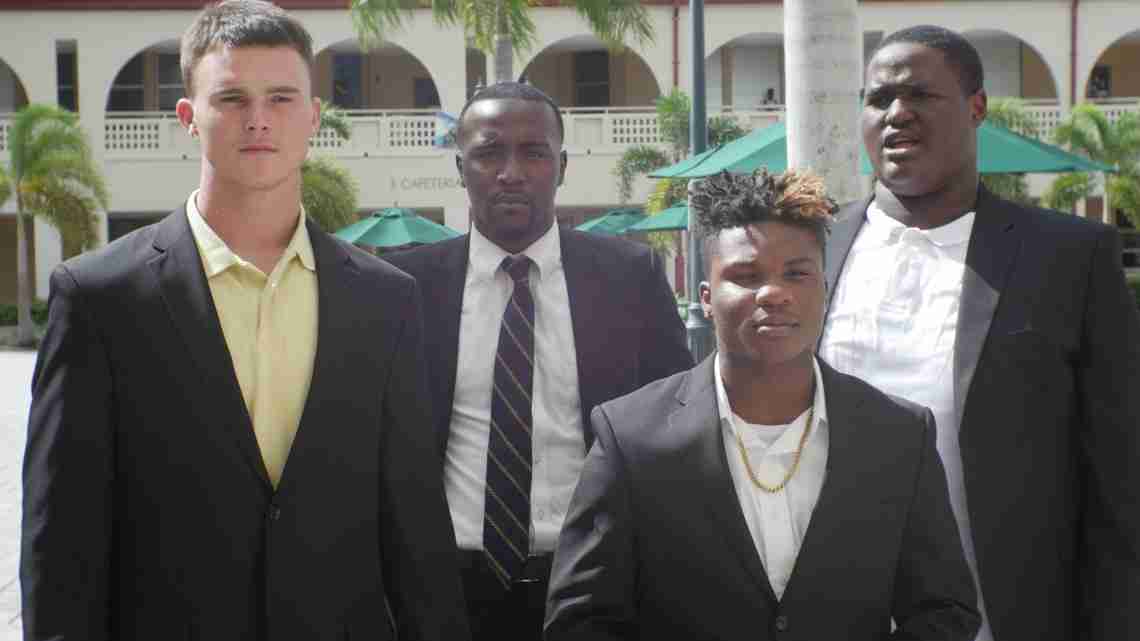 PHOTO COURTESY OF SUITS FOR SENIORS

BOYNTON BEACH, Fla. – It’s stunning to think what a mere suit can do for a young man with ambition. For 18-year-old Raymond Austin, a senior at Boynton Beach High School, it changed his entire thought process and thus, the trajectory of his life. Now, he feels he’s on the road to success, feeling empowered and is ready to conquer the world – all through a program which awarded him a tailored suit! And he has an immense sense of respect, gratitude and humility towards the man who gave him his first suit since childhood.

That man is 25-year-old Jervonte Edmonds, CEO and Founder of Suits for Seniors, a non-profit organization and developmental achievement program that suits up male seniors with a free tailored suit to get them started in life. The free tailored suit is the prized possession at the end of an eight-week course that teaches them leadership skills, job training preparation, financial management, entrepreneurial skills and more. Edmonds is trying to change the course of young males’ lives one young boy at a time – starting with a suit.

“I was ending college a year and a half ago, and I realized how much of a struggle it was to come up with resources to get a good job coming out of my senior year in college, so therefore, I founded this program,” said Edmonds, who has sponsors that provide the tailored suits for the young men. “This program is designed to develop a culture of young men to be greater than the media images and statistics of young black males,” said Edmonds.

To date, he has suited 250 young men, the most recent being earlier this week. In some instances, he has outfitted whole football teams with suits.

The young men are required to have a 2.9 GPA or above or be recommended by a school administrator. Edmonds plans to expand and continue making a difference in the lives of young men like Raymond Austin, who says Edmonds has changed his life. “When I received it, it was another stepping stone in my life. It gave me a boost and made me go after my dreams and goals. It motivated me. It was an honor to meet him,” said Austin. “He’s always in a suit,” he said of Edmonds, who majored in political science at Florida Atlantic University.

Edmonds currently works for State Representative Al Jacquet as a District Secretary and is also a realtor. He says he’s pleased when the young men go through the program and can appreciate it and put it to good use in their lives. Austin, he says, is a fine example of a young man who is hungry for help getting off to a good start in his adult life. He’s proud of all of his graduates and their appreciation for what he’s done for them.

Austin is headed to college and has found the program a game changer in his life. “When I’m in the suit, I feel different. I feel like I’m in charge,” said Austin. “Being in a suit is different. This program helps you to move on. Actually, I looked forward to it every day. Everything in life is temporary and time is not re-usable. This program helps you to focus and make achievements that are everlasting.

When I’m in a suit, it helps open up other people’s ears. They listen to what you have to say,” said Austin. “I’m glad he came to our school.”