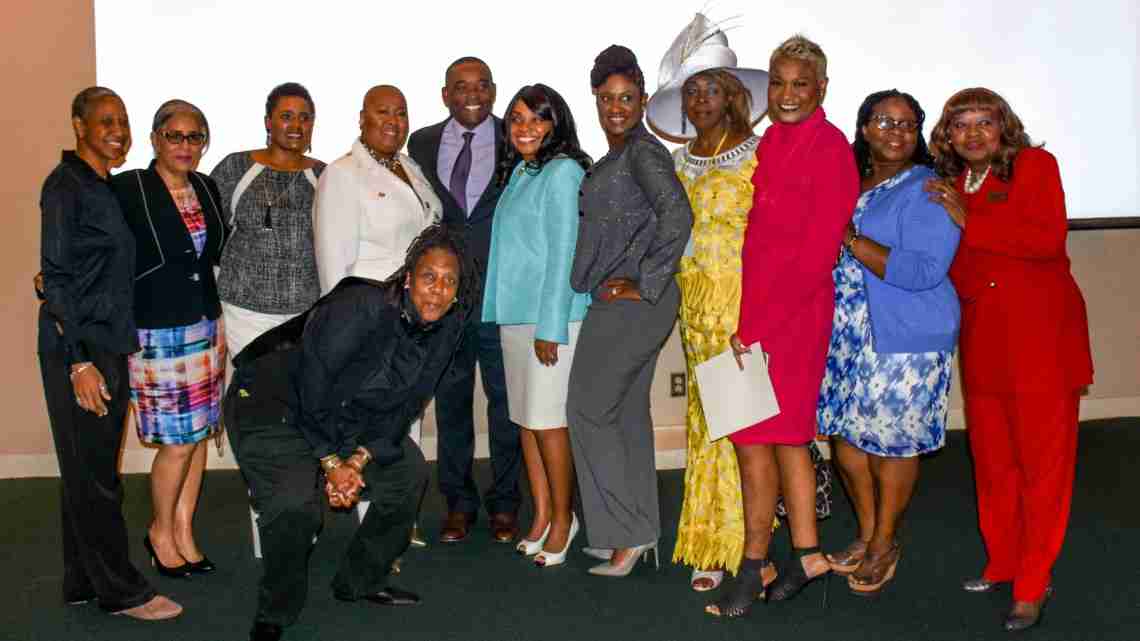 MIAMI – They lifted every voice and sang. They saw by the dawn’s early light. They are the givers of life – next to God. They are the thirty women who were honored on Tuesday, March 7, at an unveiling of an exhibit featuring images of their likeness captured by Joe Wesley Photography and curated by the Miami Urban Contemporary Experience.

Billed as “Vessels: Women of Substance,” the exhibit’s purpose is to honor women who make significant contributions to their society.

Taking place one day before International Women’s Day, the exhibit paid homage to the feminine strength of African American women. After an internal nomination process, the list of women was narrowed to 30 finalists from Miami-Dade County whose pictures were exhibited in the lobby of the Stephen P. Clark Government Center, high-traffic intermodal transit hub.

“We wanted to recognize a cross-spectrum of women in the community, from government to community organizers for their contribution on a social level,” said Retha Boone-Fye, event organizer and Program Director at the Miami-Dade Black Affairs Advisory Board. “Although some were prominent, we felt the need to honor them for their work.”

Vaughns, who will celebrate her 20-year anniversary as a spoken word artist this year, said she was touched by the honor.

“It was beyond an honor to be included in the exhibit. As human beings we must all aim to be vessels and execute something of substance into the lives of others, especially the youth. The world MUST know you were here!” The event was made possible by the support of Macy’s, FPL, Vitas, Port of Miami, Miami-Dade County, Miami-Dade Black Affairs Advisory Board and the Miami-Dade Commission for Women.

International Women’s Day is celebrated on March 8 annually. It is a day to recognize the many contribution of women in society. In the words of Simone De Beauvoir, “no biological, psychological or economic fate determines the figure that the human female presents in society.”

Next post Historic drama ‘Underground’ reflects on state of U.S.